'Bush administration has a proven record about fabricating stories about other countries WMDs,' Suriye. 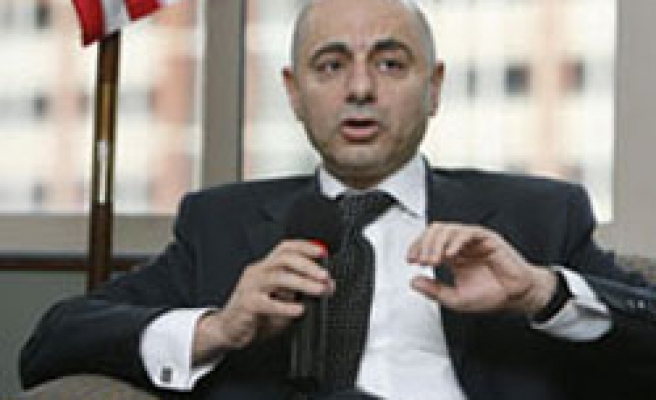 Syria dismissed on Friday, April 25, "lies" by the Bush administration about building a secret nuclear reactor with North Korean help, saying the US claims were nothing but "fantasy".

"The Syrian government regrets the campaign of lies and falsification by the US administration against Syria, including allegations of nuclear activity," said a Syrian statement carried by the official SANA news agency, reported Reuters.

The US on Thursday accused Syria of building a secret nuclear reactor with North Korea's help until Israel destroyed it in a September raid.

"We have good reason to believe that reactor ... was not intended for peaceful purposes," said White House spokeswoman Dana Perino after top US national security officials briefed US lawmakers on the issue.

A senior US intelligence official said the reactor was destroyed in an Israeli air strike on September 6, 2007 as it was nearing completion, although it had not been loaded with uranium fuel.

"Israel felt that this reactor posed such an existential threat that a different approach was required," the official said.

A senior intelligence official claimed that the reactor was ready to go into operation "in weeks and possibly months," before it was destroyed.

Senior officials said Israel and the United States had discussed what steps to take, but Israel acted on its own with no green light from Washington.

"None was asked. None was given," a senior administration official said on condition of anonymity.

Syria's ambassador to the US said Washington's nuclear accusations were nothing but fantasy and fabrication.

"This is a fantasy and this administration has a proven record about fabricating stories about other countries' WMDs," Imad Moustapha told CNN.

"This will be a major embarrassment to the US administration for a second time, they lied about Iraqi WMDs and they think they can do it again."

In his February 2003, former US secretary of state Colin Powell, while making the case for the Iraq war, offered the UN Security Council with a "proof" that the former Iraqi regime of Saddam Hussein had weapons of mass destruction.

But after the US invasion, no traces of nuclear, biological or chemical weapons were found the Arab country.

Powell regretted his UN statement as a 'blot' on his record

"I hope the truth will be revealed to everybody," he said.

"I hope the American citizens and the representatives of the American people would not be as gullible this time as they were prior to the war on Iraq and they will stop believing the silly accusations of the US administration."

Security analysts also cast doubts on the US claims.

"The United States and Israel have not identified any plutonium-separation or nuclear weaponisation facilities," David Albright and Paul Brannan of the Institute for Science and International Security said in an email commentary to Reuters.

"The absence of such facilities gives little confidence that the reactor was part of an active nuclear weapons program.

"The United States does not have any indication of how Syria would fuel this reactor..., which raises questions about when this reactor could have operated."