US obstacle in Mideast peace process

The highest ranking UN diplomat in Israel has slammed the United States for its support of Israel, which he said has hindered efforts to reach a peace deal in the Middle East, a UK-based newspaper reported on Wednesday. 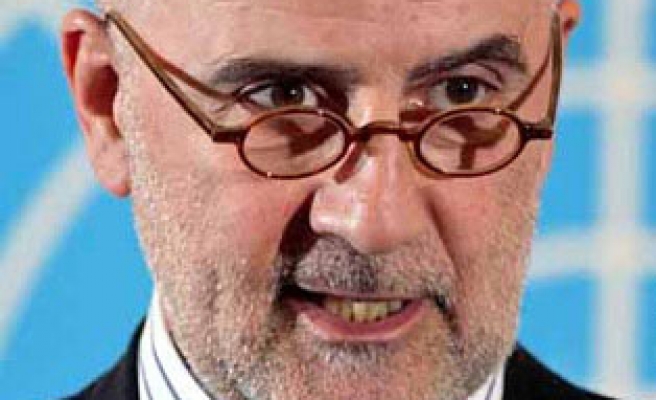 The highest ranking UN diplomat in Israel has slammed the United States for its support of Israel, which he said has hindered efforts to reach a peace deal in the Middle East, a UK-based newspaper reported on Wednesday.

Citing a confidential copy of Alvaro de Soto's "End of Mission Report", dated May 5, that it obtained, the paper said that the former UN Middle East envoy also criticised the other participants in the region's peace process to varying degrees.

He wrote that, following Hamas's victory in a Palestinian general election last year, "We were told that the US was against any 'blurring' of the line dividing Hamas from those Palestinian political forces committed to the two-state solution."

The Peruvian diplomat added that the United States also supported the Israeli decision to freeze Palestinian tax revenues: "The Quartet has been prevented from pronouncing on this because the US, as its representatives have intimated to us, does not wish Israel to transfer these funds to the PA (Palestinian Authority)."

He said that the Quartet as a whole had lost its impartiality on the issue: "The fact is that even-handedness has been pummelled into submission in an unprecedented way since the beginning of 2007."

Of the UN, De Soto wrote: "At almost every juncture, a premium is put on good relations with the US and improving the UN's relationship with Israel.

"There is a seeming reflex, in any given situation where then UN is to take a position, to ask first how Israel or Washington will react rather than what is the right position to take."

He also argued that Israeli policies had encouraged the continuation of Palestinian militancy: "I wonder if the Israeli authorities realise that ... they are reaping what they sow, and are systematically pushing along the violence/repression cycle to the point where it is self-propelling."

UN Secretary-General Ban Ki-moon's spokeswoman said it was "deeply regrettable" that the report had been leaked, adding that "the views in the report should not be considered official UN policy."