A hearing opened Monday to determine whether a U.S. officer should be court-martialed for nine alleged violations of military law, including "aiding the enemy" while he commanded a military police detachment at a main detention center here. 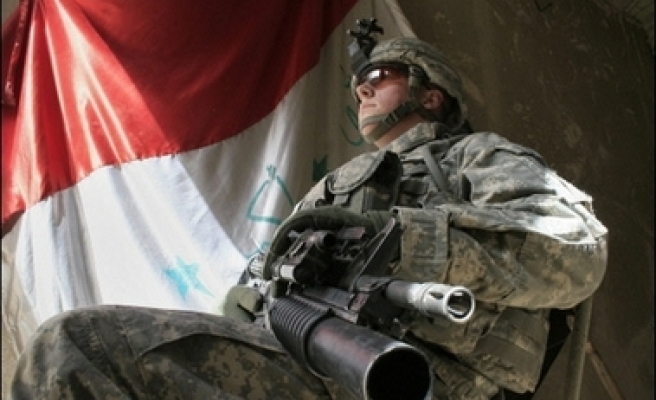 A hearing opened Monday to determine whether a U.S. officer should be court-martialed for nine alleged violations of military law, including "aiding the enemy" while he commanded a military police detachment at a main detention center here.

Army Lt. Col. William H. Steele, a reservist from Virginia serving full time, faces charges that include providing an unmonitored cell phone to detainees and fraternizing with a prisoner's daughter.

He also faces charges of illegally storing and marking classified material, maintaining an inappropriate relationship with an interpreter, possessing pornographic videos, failure to obey an order and dereliction of duty regarding government funds.

The most serious charge, "aiding the enemy", was tied to Steele's time at the jail at Camp Cropper and could carry a death sentence. The camp is an expansive prison near Baghdad International Airport that held Saddam Hussein before he was hanged.

The rare charges were among the most serious against a senior American officer in
Iraq.

Steele, 51, who was detained in March, wore glasses and military fatigues as the Article 32 opened with investigating officer Col. Elizabeth Flemming presiding in a small courtroom at Camp Victory, the main U.S. military base near the airport on the western outskirts of Baghdad.

Officials stressed the process was still in the initial stages. The hearing was expected to last several days and include witnesses called by prosecution and defense lawyers.

Flemming's options include recommending that no action be taken, that some or all of the charges be dismissed or that a court-martial be held, among others.

Her report will be forwarded to Steele's commanding officer, Col. Michael Galloucis, commander of the 89th Military Police Brigade, who then will forward his own recommendations to the No. 2 American commander in Iraq, Lt. Gen. Raymond Odierno for a final decision.

The U.S. military command has called the allegations against Steele troublesome but emphasized that none of them had been proven yet.

During the Steele hearings, the investigative officer was expected to bar reporters from the court if evidence was raised that could affect U.S. national security. Last Mod: 30 Nisan 2007, 10:49
Add Comment