Contracts with tribal chiefs to protect Iraq's valuable electricity grids have not paid off, according to U.S. auditors. 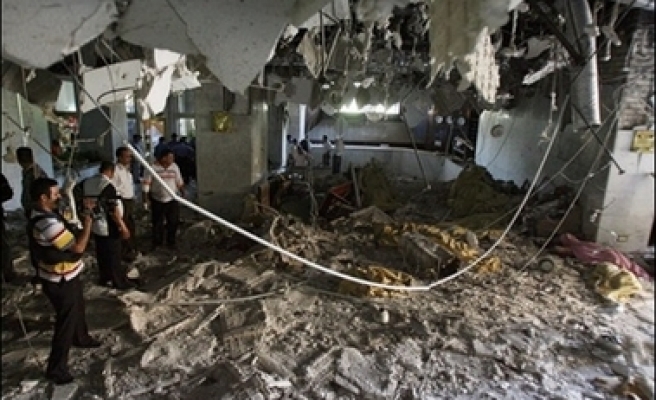 Contracts with tribal chiefs to protect Iraq's valuable electricity grids have not paid off, according to U.S. auditors.

The investigative arm of Congress updated a report originally released last month so it could provide a more accurate estimate on the number of attacks against coalition and Iraqi forces. The estimated number of attacks in April were adjusted from 4,500 to 4,900, the Government Accountability Office said in the revised report, released Friday.

Overall, the U.S. has spent about $5.1 billion to rebuild Iraq's oil and electricity sectors from the budget years 2003 through 2006. The U.S. also has spent $3.8 billion in Iraqi funds. Auditors said billions of dollars more will be needed to rebuild both sectors.

Sabotage is driving much of the spending.

Iraq's Ministry of Electricity has contracted with tribal sheiks to protect the electrical transmission lines running through their areas and pays them about $60 to $100 per kilometer, according to the report. Yet the tactic is not working, auditors said.

The report, citing U.S. and U.N. officials, said "some tribes that were paid to protect transmission lines also sold materials from the downed lines and extracted tariffs for access to repair the lines."

The tribes wield considerable power in parts of Iraq. They share a mixture of ancestry, geography and a strict social code that demands allegiance between members. Military commanders have credited new working relationships with tribes in driving down the number of attacks against coalition and Iraqi forces in some provinces.

The auditors said the U.S. government has developed several initiatives that will provide better protection, namely fortifying structures so that attacks cause less damage. The U.S. has trained security forces and paired them with coalition partners, but that program has had its share of problems. Last Mod: 25 Haziran 2007, 21:13
Add Comment