US parents risk jail when their teens drink

US parents face fines and jail time if teenage children drink alcohol at parties, even at home under adult supervision. 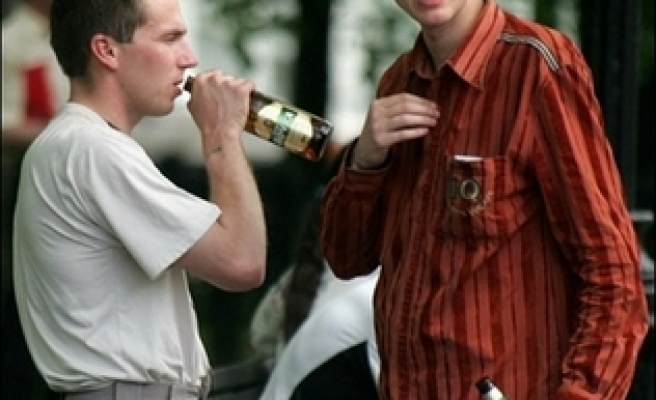 US parents face fines and jail time if teenage children drink alcohol at parties, even at home under adult supervision.

A Virginia couple who provided beer at their home for their 16-year-old’s birthday party to stop him from drinking behind their backs, ran afoul of a law banning alcohol for under 21s, and were sent to jail for two years earlier this month.

Many of the 50 US states allow for fines of up to 1,000 dollars for each underage guest if alcoholic beverages are served at your house in their presence — whether they have imbibed or not.

“If you expect 60 teenagers, you’d better keep your eyes peeled,” said a French mother who recently held a high school graduation party for her kids at her home in Bethesda, Maryland, outside Washington.

May-June is graduation season, and each year fewer parents in the Washington area dare to let their teens celebrate at home, rather than at school or a rented hall.

“A police officer came to our high school to tell us the rules we had to follow,” said the French mother who preferred to remain anonymous.

“When I told him I was planning to hold a party for the kids at my house, he looked at me like I was crazy,” she added.

Armed with advice from a lawyer, she deputized a dozen parents as all-night chaperones.

“We searched every bag, then we did it again. We prevented anybody leaving from going back into the house. Some of us paced up and down outside, keeping an eye on the surroundings. We closed the gates with bicycle locks,” said a father who worked on the committee until 4:00 am.

“It was worth it,” he said. “We found eight bottles of booze stashed in the bushes during the night and the next morning.”

“Breaking the law became a game,” said the mother who organized the party.

The minimum age to drive a car in the United States is 16. Teens can join the military and vote at 18, but 80 percent of Americans oppose lowering the drinking age to 18, as it was before The National Minimum Drinking Age Act was passed in 1984.

Federal dollars can be withheld from states that allow the purchase of alcohol to anyone under the age of 21.

Each year, around 5,000 people under 21 die as a result of underage drinking, including 1,900 in traffic accidents and 1,600 in homicides, according to the National Institute on Alcohol Abuse and Alcoholism.

A Justice Department study in 2003 found a greater percentage of young people aged 15 to 16 from nearly all European countries reported drinking in the past 30 days than in the United States, especially in Denmark, Germany, Britain and Netherlands.

Other studies have found 7.7 percent of US children and youths aged 12-20 were dependent on alcohol, and 47 percent of high school graduates admitted to occasional drinking. Last Mod: 21 Haziran 2007, 14:17
Add Comment