US plans fleet of spy planes, unmanned drones for wars 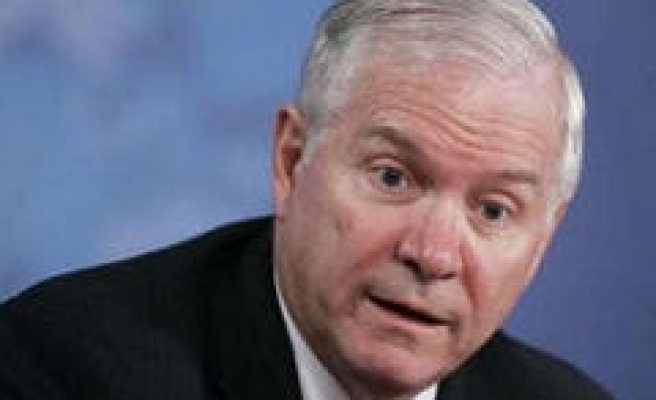 The U.S. Defense Department plans to spend $2.2 billion on a new fleet of spy planes and unmanned drones for Iraq and Afghanistan, officials said on Thursday.

The expansion of what military officials call "intelligence, surveillance and reconnaissance," or ISR, efforts is part of a push by Defense Secretary Robert Gates to use military force in the two wars.

The C-12 aircraft was built for years by Waltham, Massachusetts-based Raytheon Co, but the company sold its aircraft unit last year to a private equity group including Goldman Sachs and Onyx.

U.S. forces would also be able to consistently monitor larger swaths of territory, in places like eastern Afghanistan, officials said.

The planned intelligence and surveillance expansion comes as the Bush administration considers the withdrawal of more U.S. troops from Iraq and a buildup of forces in Afghanistan.

Gates, a former CIA director who took over as defense chief from Donald Rumsfeld in late 2006, has already increased continuous air surveillance patrols in the two war zones. The senior defense official said 30 patrols are due to be operating by October, up from 12 when Gates arrived at the Pentagon.

Now the Pentagon has hundreds of millions of dollars more to pour into the effort.

The money will go for ISR operations within the Pentagon's command responsible for the Middle East and Central Asia including Iraq, Iran, Afghanistan and Pakistan.

The Pentagon plans to seek about $1 billion more in the defense budget for the 2009 fiscal year, which begins Oct. 1, officials said.

This year's money will also increase the use of unmanned surveillance drones, including the Predators said to be used by the CIA for missile attacks in Pakistan.

"We'll deploy them to where they're most needed," Whitman said when asked how the new resources and equipment would be divided between Iraq and Afghanistan.

Andrew Broom, spokesman for Hawker Beechcraft Corp, the new company created after the sale of the Raytheon unit, declined comment on the value of any future military orders.

Hawker Beechcraft announced the sale of six C-12 aircraft to the Marine Corps in July for $48 million, or $8 million each, including additional equipment. At that price, an order of 51 aircraft would be worth around $400 million to the firm, which is not publicly traded but has issued public bonds.