Earlier this month Qurie said it would "take a miracle" to reach agreement in 2008. 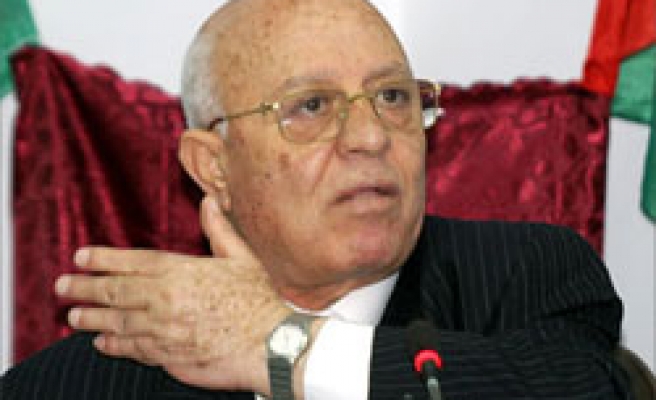 The United States has proposed new talks in a push to reach a deal on Palestinian statehood before President George W. Bush leaves office in January, the chief Palestinian negotiator said on Saturday.

Ahmed Qurie said U.S. Secretary of State Condoleezza Rice had invited the Israelis and Palestinians to a series of trilateral discussions in New York and Washington.

He added that if Israel changed some of its positions on key issues, "we can reach a deal by the end of this year".

Earlier this month Qurie said it would "take a miracle" to reach agreement in 2008. It was unclear what had changed since.

Senior Palestinian negotiator Saeb Erekat said some progress had been made and a deal was "doable, but none of the issues have been agreed yet".

Qurie said negotiations were at a similar point to the one they reached in 2000 when statehood talks in the Egyptian Red Sea resort of Taba ended without agreement.

Bitter disputes over Jewish settlement expansions in the West Bank have undercut U.S. efforts to reach a peace agreement this year.

Olmert is involved in a corruption scandal that could force him from office and further disrupt peace talks.

Among the most difficult stumbling blocks in talks have been the fate of Jerusalem and of Palestinian refugees, Jewish settlements, borders, security, and water.

Palestinian negotiators said they had rejected an Israeli proposal to set aside the issues of refugees and Jerusalem for three years.

Qurie said the Palestinians were seeking a state in the West Bank and Gaza, lands Israel occupied during the 1967 Middle East war, and were ready for a swap of equal areas of territory with Israel.

He said the Palestinians had rejected Israeli proposals to annex large settlement blocs in the West Bank and negotiate about the rest of the land.

"The Israelis began with one position and then changed it, based on accepting facts created on the ground ... We have rejected this Israeli approach," Qurie said.

He said the Palestinians would reject any suggestion of an Israeli military occupation in a future Palestinian state but would not object to the deployment of foreign or United Nations troops to oversee the implementation of a final deal.

U.S. Secretary of State Condoleezza Rice met negotiators from both sides in Berlin last week on the margins of an international donors' conference.

Qurie said Rice had suggested holding more trilateral meetings in July in Washington, in September in New York on the margins of a United Nations General Assembly meeting, and again on November 15 in Washington.