US Rejects All Global Warming Proposals

The United States has rejected all global warming proposals for next month's G8 summit, setting the scene for a showdown with other major countries over a climate change deal. 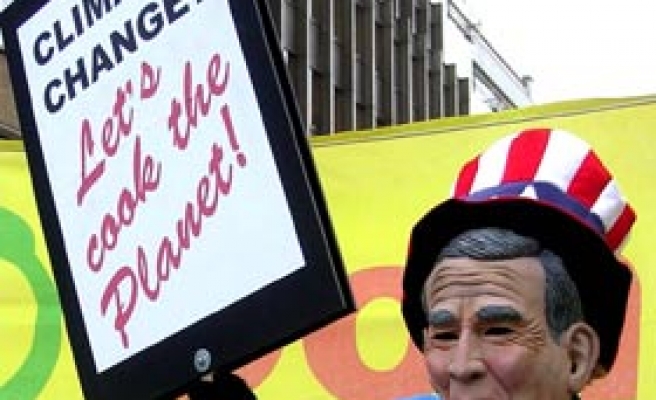 The United States has rejected all global warming proposals for next month's G8 summit, setting the scene for a showdown with other major countries over a climate change deal, reported the Guardian on Saturday, May 26.

"The treatment of climate change runs counter to our overall position and crosses multiple 'red lines' in terms of what we simply cannot agree to...," said a US note written in red ink and attached to the German draft.

"We have tried to 'tread lightly' but there is only so far we can go given our fundamental opposition to the German position."

German Chancellor Angela Merkel has proposed to curb the rise in average temperatures this century to 2C.

Merkel, backed by outgoing British Prime Minister Tony Blair, also suggested to cut global emission by 50% below 1990 levels by 2050 and to raise energy efficiency in power and transport by 20% by 2020.

But Washington balked at the proposals.

It also turned down a proposed carbon trading system, arguing that it would imply acceptance of emission caps.

"The proposals within the sections titled "Fighting Climate Change" and "Carbon Markets" are fundamentally incompatible with the President's approach to climate change," said the blunt-worded US note.

Scientists predict that average temperatures will rise by between 1.8 and 3.0 degrees Celsius this century because of greenhouse gas emissions, mainly from burning fossil fuels, causing floods and famines while putting millions of lives at risk.

Christian Aid warned on Monday, may 14, that no less than one billion people will be forced to flee their homes in the next four decades because of the effect of climate change and burgeoning conflicts.

The US opposition to the proposed climate change deal has drawn flak.

"We can't put the global future of our children at risk because of the narrow-mindedness of individual negotiating partners," said Gabriel.

"Not only do these delaying tactics and obstructive actions threaten people across the planet, it shows that the President is also out of touch with US public opinion," added Tony Juniper, the head of Friends of the Earth.

John Sauven, the director of Greenpeace, said Bush was also adamant to take advice from his closest allies.

"Despite his protestations to the contrary Tony Blair's efforts to persuade George Bush of the importance of tackling climate change have singularly failed," he said.

On Thursday, Blair said with some confidence that the US was moderating its position on climate change, adding that Washington would sign up to "at least the beginnings" of action to cut carbon emissions.

The Independent said the US blunt rejection has left Blair red-faced.

Washington rejected in 2001 the Kyoto Protocol on cutting carbon emissions, arguing that it was not binding on boom economies China and India.

The World Wildlife Fund (WWF) on May 3 accused the US, the world's economic and military superpower, of being climate enemy number one and ignoring science when it comes to global warming combat.