US Republican McCain to visit Israel next week

To garner support among US Jewish voters, Republican presidential candidate to arrive in Israel on March 18, meet with Olmert, Livni and Barak. 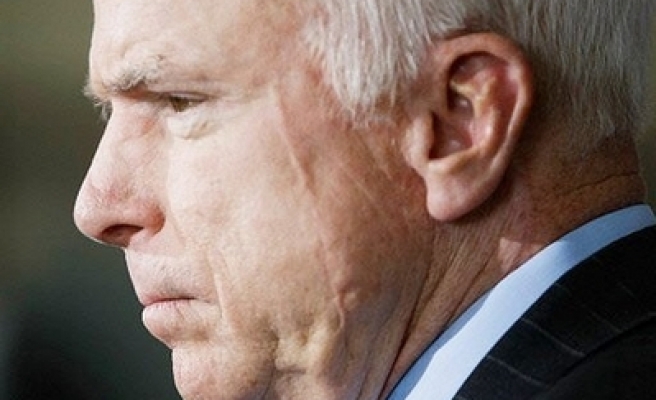 US Republican presidential candidate John McCain will arrive in Israel on March 18 as part of a delegation of senators visiting the region.

The schedule for the trip has not been released yet, but it is expected to be a brief, one-day visit during which McCain will meet with Prime Minister Ehud Olmert, Foreign Minister Tzipi Livni and Defense Minister Ehud Barak.

According to US sources, the trip is aimed at boosting support for McCain among Jewish voters in the US.

McCain has already declared that he plans to attend Israel's 60th occupation celebrations this year. The republican candidate is considered a staunch supporter of Israel.

McCain visited Israel about six months ago, but at the time his prospects for winning the republican race seemed less than promising. While in Israel, he met with Olmert and Livni.