US revokes Gaza scholarship visas due to 'secret info'

U.S. Secretary of State Condoleezza Rice had previously championed efforts by the three Fulbright scholars, residents of the Gaza Strip, to secure exit permits from Israel, which imposes a siege on the territory. 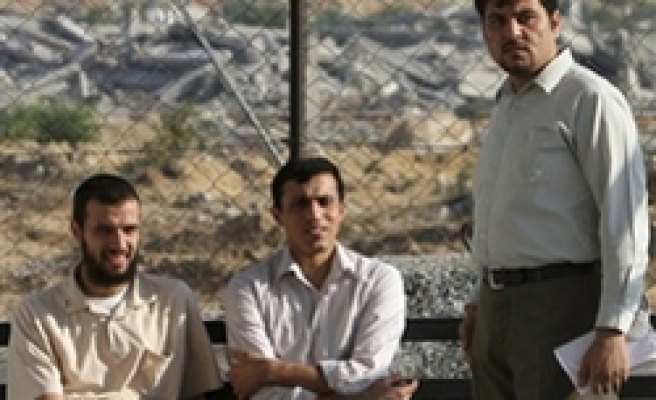 Three Palestinians who won prestigious scholarships to study in the United States have had their American entry visas revoked after "new information" was received about them, a U.S. diplomat said on Tuesday.

U.S. Secretary of State Condoleezza Rice had previously championed efforts by the three Fulbright scholars, residents of the Gaza Strip, to secure exit permits from Israel, which imposes a siege on the territory.

We discovered new information that led us to revoke those visas prudentially," said an official at the U.S. consulate in Jerusalem, "without disclosing the information or where it came from."

"They gave us the visas on July 30 and two days later we were told the visas were not valid," Shaban, who wants to pursue a second degree in electrical engineering, told Reuters.

"It was a great shock. We had hoped to complete our studies, especially after we were granted the visas. We were packing our bags."

According to Shaban, Abed had flown to the United States via to Jordan, only to be turned back at the airport.

The three were among seven Gazans awarded Fulbright scholarships this year. The U.S. government at first withdrew them because Israel prevented the Palestinians from exiting the territory.

Following media reports on the case, the Fulbrights were restored and the United States formally asked Israel to allow the scholars to leave Gaza.

Israel let four of the seven students travel to the U.S. consulate in Jerusalem for visa interviews but, denied permits to Shaban, Abed and Daoud.

The U.S. consulate official said another Palestinian who planned to study under a different programme in the United States had also had his visa revoked. All four students could reapply at a later date, the U.S. official said.