US says encouraged over Cyprus progress

Turkish Cypriot president and Greek leader have agreed to resume peace talks but it is unclear when. Thanthey are meeting on July 25 in what may possibly define the timetable for the start of negotiations. 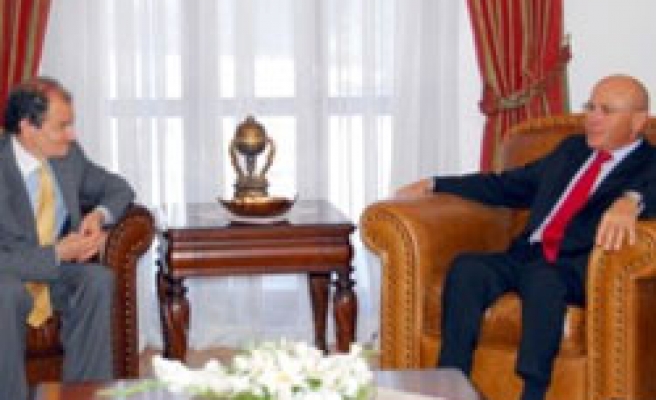 The United States is encouraged by what appears to be the best chance in decades for a resolution to the division of Cyprus, a senior U.S. diplomat said on Monday.

Greek and Turkish Cypriot leaders of the partitioned island are expected to start reunification talks later this year to end years of separation and resolve a conflict troubling relations between NATO allies Greece and Turkey for more than 40 years.

Washington is keen to see a deal on Cyprus, which would ease relations between its two NATO allies in a sensitive area of the world on the edge of the volatile Middle East.

"The time has not been so favourable in many years for a settlement," U.S. Assistant Secretary of State for European Affairs Daniel Fried told a news conference in the divided Cypriot capital Nicosia.

Cyprus was divided after Greek coup and has defied reconciliation efforts by a small army of mediators.

Peace efforts collapsed in 2004 when Greek Cypriots rejected a U.N. reunification blueprint, and world diplomacy has been largely hands-off Cyprus since, allowing islanders to direct reconciliation efforts with a minimum of outside influence.

Efforts to resolve the conflict on Cyprus have gone up a notch since Greek Cypriots replaced hardline president Tassos Papadopoulos with moderate communist Demetris Christofias in February.

Fried, who spent two days on the east Mediterranean island, said he would be reporting back to U.S. Secretary of State Condoleezza Rice that he was encouraged by his contacts.

"My bottom line assessment will be we need to get ready because there is a chance, not a certainty, that we will be moving forward in a way we haven't for some time ... Always cautious, always careful, but this time we have a shot at moving towards a solution," Fried said