Craddock, who is in charge of the U.S. European Command, said that the purpose of his visit was also to assess humanitarian aid needs and he travelled to Tbilisi with the head of the U.S. government aid agency USAID. 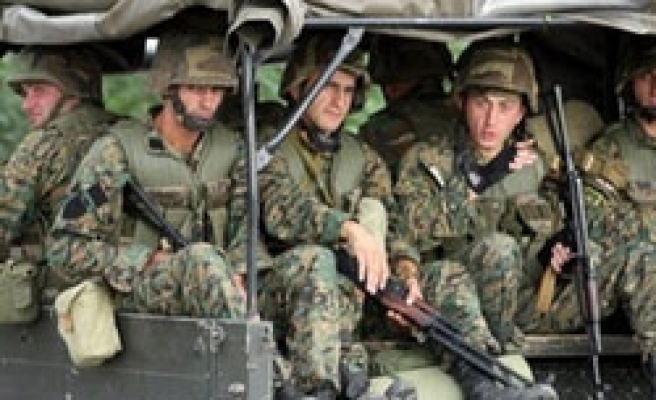 The United States expects to help Georgia rebuild its military following the conflict with Russia over breakaway South Ossetia, a top U.S. general said on Thursday.

"One would assume ... we would have to help them rebuild because they are a partner in the war on terror, they've been helpful. They are going to ask us, I am sure, to replace and rebuild," General John Craddock, who is in charge of the U.S. European Command, told reporters during a trip to Georgia.

Craddock said he would assess Georgia's needs during his visit, due to end on Friday, and report back to the Pentagon.

"I think that (assistance) is probably going to happen. It's a matter of how much and how fast," he added.

Conflict between Georgia and Russia erupted when Georgia tried to reimpose control over its breakaway, pro-Russian South Ossetia region on Aug. 7-8.

Russia responded with a strong counter-attack that overwhelmed much smaller Georgian forces. It sent its troops deep inside Georgia proper, well beyond South Ossetia and a second separatist region, Abkhazia.

Craddock said the Russian withdrawal from Georgia appeared "slower than it ought to be" under the terms of a French-brokered peace accord, and it was unclear if they would have pulled out completely by Friday as Moscow has promised.

Craddock told reporters the purpose of his visit was also to assess humanitarian aid needs and he travelled to Tbilisi with the head of the U.S. government aid agency USAID. "My intent here is to understand better and find out how we can be more helpful if that's needed," he said.

U.S. military aircraft have flown in more than 200 short tons of relief supplies, including ready made meals, shelter materials and bedding in the past week to assist Georgians forced from their homes by the fighting, U.S. officials said.

Analysts say Russia has used the conflict to deal a firm blow to the military capacity of aspiring NATO-member Georgia, which has been upgrading its resources with a view to joining the U.S.-dominated military alliance.

In what was seen as a clear message to NATO, the Russian army destroyed in the past week a hoard of Georgian arms and ammunition at the Senaki base in western Georgia, a showpiece built to NATO standards under President Mikheil Saakashvili.

Craddock, who is also NATO's top operational commander, did not make any recommendations about NATO's response but said the South Ossetia conflict showed NATO allies they should pursue efforts to make their armies "agile, flexible and deployable".

"It's bigger than military, it's economic, it's energy flows," he said. Georgia is a strategic energy transit state because it hosts the only pipelines pumping gas and oil from the Caspian Sea to world markets without going through Russia.