Several diplomatic sources said major powers had been pushing Washington for a while to join the talks in the hope that this could break the logjam. 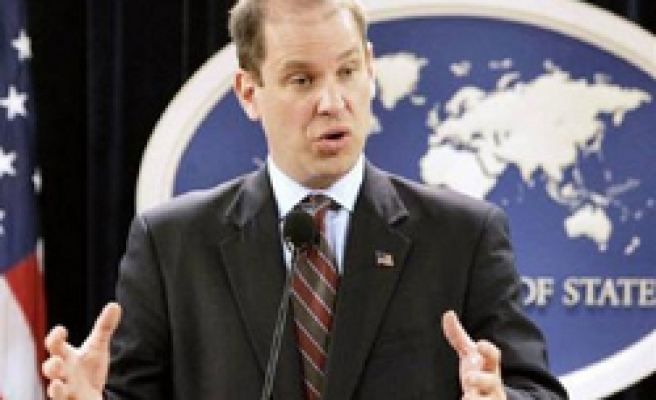 The United States said on Wednesday it was sending an envoy to join nuclear talks with Iran to signal to Tehran and others that Washington wanted a diplomatic solution to the impasse.

But the Bush administration said it was not changing its stance that it will join full-blown negotiations with Iran only if Tehran first halts uranium enrichment work.

Secretary of State Condoleezza Rice saw it as a "smart step" to depart from usual policy and send senior diplomat William Burns to Geneva on Saturday for talks with Iran along with other major powers, said Rice's spokesman Sean McCormack.

The White House stressed that despite sending Burns to Geneva, Washington would join full-blown negotiations only if Tehran gave up the uranium enrichment.

"Nothing has changed," White House spokeswoman Dana Perino said. "If they don't accept this offer, one, there will not be negotiations and two, there will be additional sanctions. The substance remains the same but this is a new tactic."

Burns will join EU foreign policy chief Javier Solana and officials from China, Russia, Britain, France and Germany to hear Iran's response to an offer made last month that would force Tehran to give up nuclear work in exchange for financial and diplomatic incentives.

Iran says its nuclear work is for peaceful power generation and has rejected conditions it give up uranium enrichment.

U.S. officials said Burns, the number three official in the State Department, did not have a mandate to negotiate in Geneva with Iranian nuclear envoy Saeed Jalili.

"This will be a one-time U.S. participation," said Perino. "We will be there to listen. We are not there to negotiate."

Several diplomatic sources said major powers had been pushing Washington for a while to join the talks in the hope that this could break the logjam.

A senior U.S. official said part of the logic of sending Burns now was to take advantage of what appeared to be divisions within Iran's establishment over the June offer.

Britain, a close U.S. ally in the talks with Iran over its nuclear program, applauded the move to send Burns to Geneva.

"The fact that Bill Burns is taking part in this meeting on Saturday is welcome and is a signal of the seriousness (of world efforts)," Britain's U.N. Ambassador John Sawers said.

There has been heated debate within the Bush administration over when and whether to negotiate with the Iranians, with some of the more hawkish elements opposed to it. Others have pointed to successes in nuclear talks with North Korea.

Democratic presidential candidate Barack Obama, who has been criticized by Republicans for suggesting talks with Iran, said he welcomed the news.

"Now that the United States is involved, it should stay involved with the full strength of our diplomacy," said Obama, who is running against Republican John McCain in November's election.

"I have no problem with this whatsoever," the Arizona senator told reporters, though he made plain he opposed Obama's stated position that he would be open to talks with the Iranians without preconditions.

"It's very clear to sit down without any preconditions with a state sponsor of terror would be a mistake," said McCain.

Tehran and Washington cut diplomatic ties shortly after the Iranian revolution of 1979. But the United States has held several rounds of talks over the past year with Iran.