Treaty allows Washington to build part of a missile defence shield in the central European NATO state, despite tough opposition from Russia. 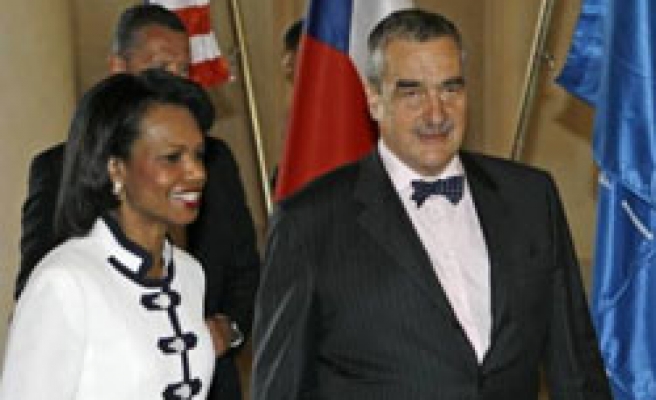 The United States and the Czech Republic signed a treaty on Tuesday allowing Washington to build part of a missile defence shield in the central European NATO state, despite tough opposition from Russia.

U.S. Secretary of State Condoleezza Rice and Czech Foreign Minister Karel Schwarzenberg signed the deal to build a radar station southwest of Prague, part of a system which Washington says is aimed at shooting down missiles that may be fired from countries such as Iran.

Rice, who signed the treaty with Czech Foreign Minister Karel Schwarzenberg, all but ruled out going to neighbouring Poland after meeting its foreign minister on Monday.

Talks with Warsaw have run into a snag over Warsaw's demands for billions of dollars to modernise its army and air defences.

As for Iran rice said "They also continue apace their missile development, and so we need to be prepared for that threat."