The United States and the United Arab Emirates signed an agreement on Monday to cooperate on a peaceful nuclear energy programme, with the UAE promising to be a responsible partner. 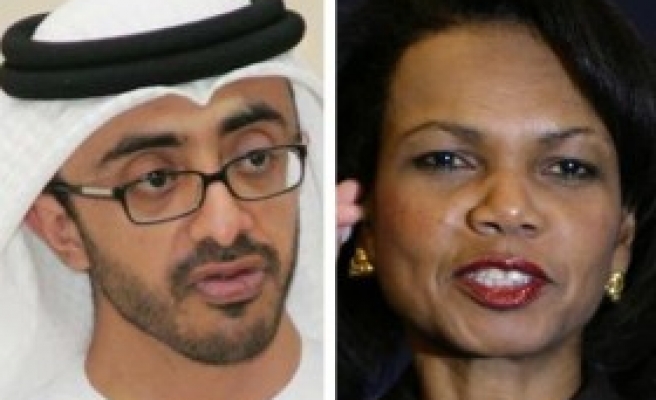 "We are very supportive of what you are trying to do. As you know we think access to nuclear energy is very important. The UAE is a responsible partner and a responsible power," Rice said at the signing ceremony in Bahrain.

The UAE has said it plans to establish a $100 million agency to look into developing nuclear energy to satisfy rising electricity demand as its economy booms on record oil income.

The UAE has promised to draw up laws to govern the sector and establish a nuclear regulatory authority and an international advisory board of nuclear experts as well as to seek assistance from other governments.

Sheikh Abdullah has said the UAE will work closely with the U.N. atomic energy watchdog, the IAEA, for its planned nuclear programmes to assure the world it remains peaceful. It has already signed a nuclear cooperation deal with France.

The GCC has said it is studying a joint nuclear energy programme. The GCC's plans raised concern of a regional arms race, with analysts saying the bloc wants to match Iran's atomic programme.