The former South African president and some in the now-ruling African National Congress are still blacklisted under U.S. laws and need special permission to enter the United States more than a decade after the apartheid struggle ended. 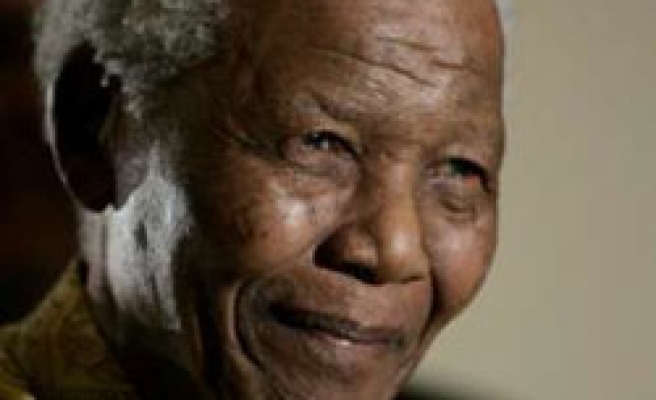 Some U.S. lawmakers are trying to pass legislation to remove former South African President Nelson Mandela from a U.S. list of terrorists by his 90th birthday next month, officials said on Thursday.

South African Ambassador to the United States Welile Nhlapo said he was in talks with the State Department and lawmakers to resolve the issue by Mandela's birthday on July 18.

Lawmakers in April introduced legislation in Congress to remove Mandela from the list, a step that is normally a government administrative matter, because they were frustrated by the time the process was taking.

The State Department has said it and the Justice Department fully support the bill, which passed the U.S. House of Representatives on May 8 and is awaiting Senate approval.

"We have been able to clarify and resolve certain questions that were hanging in the minds of some people as to whether to support the process or not," Nhlapo said without elaborating.

"We are trying ourselves to talk to some of these people, clarify what else they may have on their mind ... so that we can get this over," he added.

The former South African president and some in the now-ruling African National Congress are still blacklisted under U.S. laws and need special permission to enter the United States more than a decade after the apartheid struggle ended.

The ANC was banned by South Africa's white rulers in 1960, its leaders jailed or forced into exile until the ban on the movement was lifted 30 years later.

Strict security measures passed by Congress after the September 11, 2001 attacks against the United States kept the ANC's "terrorist" label because it used armed force as part of its campaign against apartheid.

Nhlapo said he was worried the legislation would get delayed by Congress' summer recess. Congress takes a break over the July 4 week and then recesses for much of August.

"Certainly there is a lot of anxiety and interest in South Africa as to the resolution of this matter particularly by the time of Mandela's birthday," Nhlapo added.

Rep. Donald Payne, a New Jersey Democrat, told the Africa Society late on Wednesday that removing organizations from the terrorist list was an administrative matter that had taken too long, adding: "We're trying to make sure that he is not a terrorist when we celebrate his 90th birthday."

Mandela was jailed for 27 years for his struggle against apartheid, and has become a worldwide symbol of freedom. He was hailed for overseeing the peaceful transition from white to black rule as South Africa's first post-apartheid era president.