US, superpowers accused of climate enemy

The World Wildlife Fund (WWF) accused the US, the world's economic and military superpower, of being climate enemy number one and ignoring science when it comes to global warming combat. 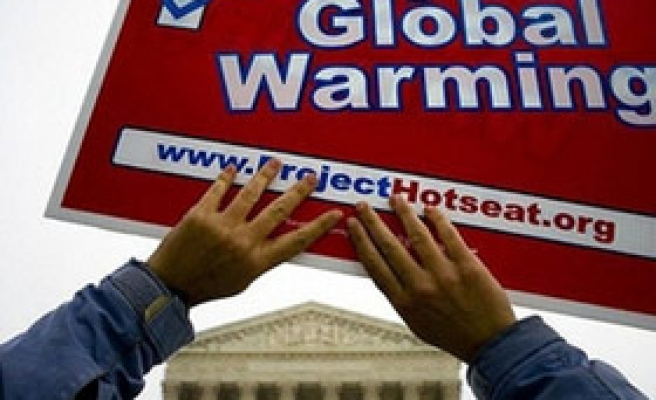 The World Wildlife Fund (WWF) accused the US, the world's economic and military superpower, of being climate enemy number one and ignoring science when it comes to global warming combat.

The WWF official urged the US government to take actions to reduce the dangerous phenomenon that already inflicted and damaged the ecosystem.

"What's happening in the US is important because it is still the largest emitter" of greenhouse gas, he said.

"The US should take on economy-wise carbon reduction targets."

President George W. Bush's administration has adamantly refused to ratify the 1995 Kyoto Protocol, the main world treaty for greenhouse-gas reductions, saying it would hurt the economy.

Scientists and government officials from more than 100 countries have been meeting in Bangkok since Monday to discuss the IPCC's third report over human-induced climate change.

The IPCC concluded on Friday, February 2, that global warming was almost certainly caused by humans and will be unstoppable for centuries to come.

It also predicted water shortages that could affect billions of people and a rise in ocean levels that could go on for centuries.

The US was not the only country singled out for criticism.

"Of the 44 countries which collectively account for 90 percent of the world's forests, the country which pursues the highest annual rate of deforestation is Indonesia," Greenpeace said in a statement.

It said the Asian archipelago has the fastest pace of deforestation worldwide.

Indonesia had "1.8 million hectares (4.4 million acres) of forest destroyed each year between 2000-2005, a rate of two percent annually or 51 square kilometers (20 square miles) destroyed every day," said the environment-defender group.

It warned that the next generation of Indonesians will not see any forest if no action is taken by the government to deal with the problem.

Greenpeace urged the Jakarta government to impose a temporary ban on commercial logging in natural forests nationwide, accusing authorities of failing to control lawlessness and corruption in the forestry sector.

Indonesia has called on Monday, April 9, for a worldwide boycott of wooden products made of illegally logged timber.

A report released by the Environmental Investigation Agency and Indonesia-based Telapak named and shamed Malaysia and China as major recipients of stolen Indonesian timber.