US Theocons Fight Battle in Iraq

Many has been written about the privatization of the Iraq war, but in his new bestseller book Jeremy Scahill sheds much needed light on the ideological roots of the largest US private mercenary firm and its links to the theocons and the Christian militia 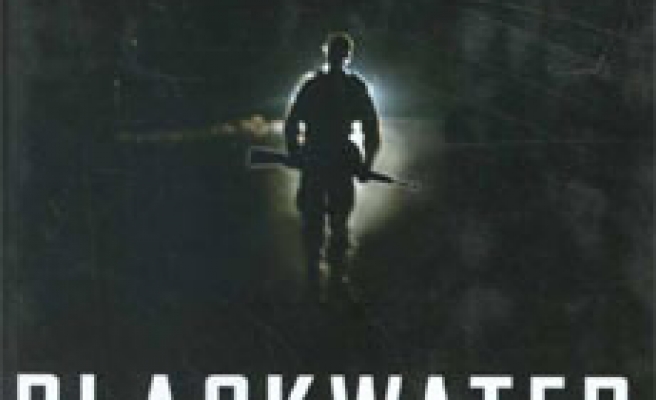 Many has been written about the privatization of the Iraq war, but in his new bestseller book Jeremy Scahill sheds much needed light on the ideological roots of the largest US private mercenary firm and its links to the theocons and the Christian militia Sovereign Military Order of Malta.

The book, Blackwater: The Rise of the World's Most Powerful Mercenary Army, exposes the infiltrating influence of the North Carolina-based largest private mercenary firm.

Scahill writes that the company, envisioning itself as the FedEx of defense and security operations, currently has over $500 million in US government contracts, not including secret "black budget" contracts for US intelligence agencies.

It has a $300-million contract with the State Department, dating back to 2003 when it secured a no-bid contract to guard then Iraq Administrator Paul Bremer.

Blackwater has deployed thousands of highly trained private soldiers in Iraq and Afghanistan.

In early 2004, four of them were ambushed, burned and their bodies left dangling for hours from a bridge in Fallujah, western Baghdad, triggering massive reprisal onslaughts against the town.

Established in 1996, Blackwater has turned into the largest private military base in the world with a fleet of 20 aircraft and 20,000 soldiers on the stand-by.

According to a Government Accountability Office report private contractors constitute the second-largest "force" in Iraq with no less than 48,000 private soldiers who operate with no legal constraints and whose deaths are not listed in the Pentagon death tally.

Prince, writes Scahill, shows how "politically powerful Christian fundamentalists and Neocons are pressing forward with their battle for what they call 'freedom' and 'democracy.'"

He has connections with conservative Catholic groups and funds rightwing organizations through his Freiheit Foundation.

Prince has also associated the mission of Blackwater with the theocon movement, a conservative ideology based on the belief that religion should play a major role in forming public policy.

"Everybody carries guns, just like the Prophet Jeremiah rebuilding the temple in Israel - a sword in one hand and a trowel in the other," he once said.

According to the Wikipedia encyclopedia, the theocon term refers to members of the Christian right, particularly those whose ideology is a synthesis of elements of American conservatism, Conservative Christianity and social conservatism, expressed through political means.

"The theocons, too, argue that America is rooted in an idea, but they believe that idea is Christianity," Jacob Heilbrunn wrote in 1996 in an article entitled Neocon v. Theocon.

In 2006, Damon Linker published a book entitled "The Theocons: Secular America Under Siege".

Senior Blackwater executives such as Joseph Schmitz do not only subscribe to the theocon ideology but are also members of the Sovereign Military Order of Malta, a Christian militia that had a mission of defending territories the Crusaders captured from Muslims.

Before joining Blackwater as Chief Operating Officer and General Counsel in 2005, Schmitz oversaw all war contracts in Iraq and Afghanistan.

He was the former Pentagon Inspector General during the first years of the Iraq war.

Schmitz, says Scahill, "comes from one of the most bizarre, scandal-plagued, right-wing political families in US history."

The Sovereign Military Order of Malta began as a Christian charity in Al-Quds in 1080 to provide care for poor and sick pilgrims to the Holy Land.

After the conquest of the holy city in 1095 during the First Crusade it became a Catholic Military Order.

After the Muslims restored Al-Quds, the Order operated from Rhodes and later from Malta where it administered a vassal state under the Spanish viceroy of Sicily.

The Order's fighters, known as the Knights Hospitaller, helped the Crusaders in raids on Muslim countries near the coasts of Italy, including Tunisia, Libya and Morocco.

The Sovereign Military Order of Malta is now a state located in Rome and is recognized by 50 countries worldwide.

It is accused of conducting massive missionary work in troubled regions in Muslim countries like Sudan's Darfur under the guise of aid and charity.

Its locals or members must take a solemn oath reading: "I will provide myself with arms and ammunition that I may be in readiness when the word is passed, or I am commanded to defend the church either as an individual or with the militia of the Pope."