U.S. to control all passenger data in Europe

The U.S. Homeland Security secretary met with top European security officials to work out the details of a new agreement to share airline passenger data for investigations. 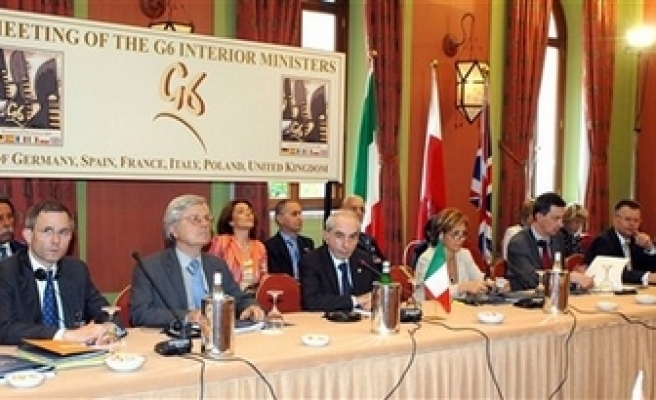 The U.S. Homeland Security secretary met with top European security officials Saturday to work out the details of a new agreement to share airline passenger data for investigations.

Secretary Michael Chertoff also was expected to discuss changes to the U.S. visa-waiver program during the meeting with security officials from Britain, France, Germany, Italy, Spain and Poland.

A deal on the airline data must be reached by July to avoid problems for both airlines and U.S.-bound passengers.

European governments are worried about protecting their strict privacy laws, a legacy of the continent's history with totalitarian and authoritarian regimes.

The two sides disagree on how long U.S. authorities can use data, when it should be destroyed and which agencies should have access to the information. The United States also wants the authority to pull data directly from airline computers, but European countries insist airlines must transmit the information.

Chertoff travels to Brussels, Belgium, on Monday where he will address the EU Parliament.

Citizens from 15 of the 27 EU nations can enter the United States without applying for a travel visa. U.S. officials say Greece and most of the newer EU members still fail to meet criteria for joining the visa-waiver program.

The EU allows Americans to travel to all its member countries without visas and has long insisted on full reciprocity.

Poland is especially adamant, arguing that it should be admitted in recognition of its contributions to U.S. operations in Iraq and Afghanistan. The United States rejects 22 percent of Polish visa applicants — a rate that far exceeds the 3 percent benchmark required for entry into the waiver program.

Legislation pending in the Congress would allow the program to admit new countries, while requiring all participating countries to impose closer scrutiny of their passports. Last Mod: 13 Mayıs 2007, 15:31
Add Comment