US to investigate Britain's dealings with Saudi Arabia

The US justice department has launched an investigation into Britain's BAE Systems over its compliance with anti-corruption laws, including dealings with Saudi Arabia. 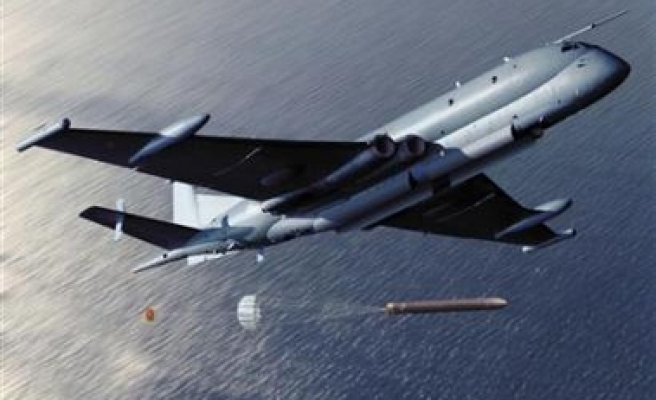 BAE Systems PLC said Tuesday that the U.S. Department of Justice has begun an investigation of the company's dealings with Saudi Arabia.

The company has denied accusations that it paid illegal kickbacks to members of the Saudi royal family as part of the $86 billion Al-Yamamah aircraft deal negotiated in 1985.

Prince Bandar bin Sultan, former ambassador to the United States and now head of Saudi Arabia's National Security Council, has also denied that he personally profited from the deal.

The investigation comes at a sensitive moment for BAE, which is seeking U.S. approval for a $4.1 billion buyout of armored vehicle maker Armor Holdings Inc., based in Jacksonville, Fla.

Last week the companies announced that the Treasury Department had concluded that the takeover did not pose any security threats. BAE, which hopes to conclude the deal later this year, is waiting for the Justice Department to finish its investigation of possible antitrust issues.

BAE's North American subsidiary proposed the acquisition on May 7 in a bid to tap into heavy demand from the American military for vehicles in Iraq and other war zones.

The move followed media reports that the Saudis were threatening to pull out of a pending $20 billion deal to buy fighter jets from BAE.

Blair said his decision was based on national security.

"Our relationship with Saudi Arabia is vitally important for our country, in terms of counterterrorism, in terms of the broader Middle East, in terms of helping in respect of Israel/Palestine, and that strategic interest comes first," Blair said.

He also said British jobs were at stake, but said that was not the reason for the decision.

The U.S. government formally protested the British decision to call off the probe, and the move has also drawn criticism from the Organization for Economic Cooperation and Development.

Earlier this month, The Guardian newspaper alleged that Prince Bandar was paid more than $2 billion as part of the Al-Yamamah deal.

At the time, BAE said all payments made as part of the contract were done with government approval.

"The Al-Yamamah program is a government-to-government agreement and all such payments made under those agreements were made with the express approval of both the Saudi and the U.K. governments," a company statement said.

Bandar issued a statement through a London law firm denying that he received improper commissions through accounts at Riggs Bank in Washington.

"The accounts at Riggs Bank were in the name of the Saudi Arabian Ministry of Defense and Aviation (MODA). Any payments into those accounts made by BAE were pursuant to the Al-Yamamah contracts and as such would not in any way have been secret from the parties to those contracts," the statement said.

"Whilst Prince Bandar was an authorized signatory on the accounts any monies paid out of those accounts were exclusively for purposes approved by MODA. In addition, the accounts in question were audited on an annual basis by the Saudi Arabian Ministry of Finance on behalf of MODA."