US to tighten land and sea border security

US and Canadian citizens would have to pass tighter border checks to enter the United States starting January 31, 2008, under new rules proposed Wednesday. 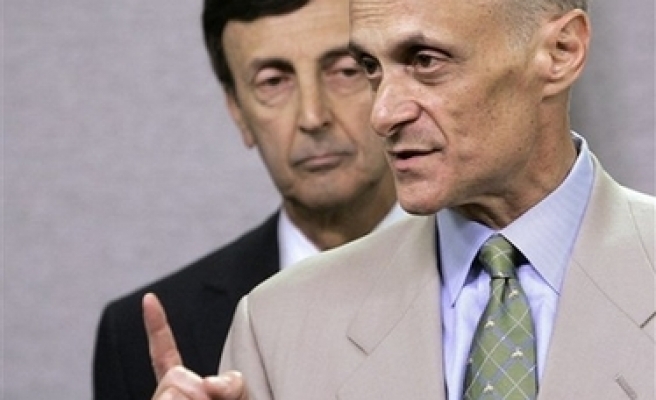 US and Canadian citizens would have to pass tighter border checks to enter the United States starting January 31, 2008, under new rules proposed Wednesday.

Travellers from the two countries arriving by land and sea would have to show US-approved identification with counterfeit protection or a driver's license plus proof of citizenship, such as a birth certificate, the US Department of Homeland Security said.

The new measures are part of US efforts to tighten border security after the September 11, 2001 attacks on New York and Washington.

Children would initially have special rules in an effort to avoid disruptions for families and cross-border school trips. Children aged 15 and under can show only a birth certificate if travelling with their parents, Chertoff told reporters.

But the new rules could be fully extended to all travellers as early as summer 2008, he said.

Chertoff appealed to Americans and Canadians to accept "a little bit of sacrifice, a little bit of inconvenience" to help deter another attack on the US.

However, a homeland security funding measure before US Congress would put off the new border controls until 2009.

An overwhelming flood of passport applications in recent months forced the US government this month to suspend new travel document rules for citizens travelling by air to and from Canada, Mexico, the Caribbean and Bermuda.

The change, mandated by a 2004 anti-terrorism law, has led to long lines at passport offices around the nation.

The suspension allows US citizens waiting for a passport to enter and leave the United States through September 30 if they can show an official photo ID and proof of their passport application. Last Mod: 21 Haziran 2007, 02:44
Add Comment