The US Supreme Court on Monday refused to hear a case brought by two detainees at the US prison in Guantanamo Bay, who were contesting the legality of the base's military courts. 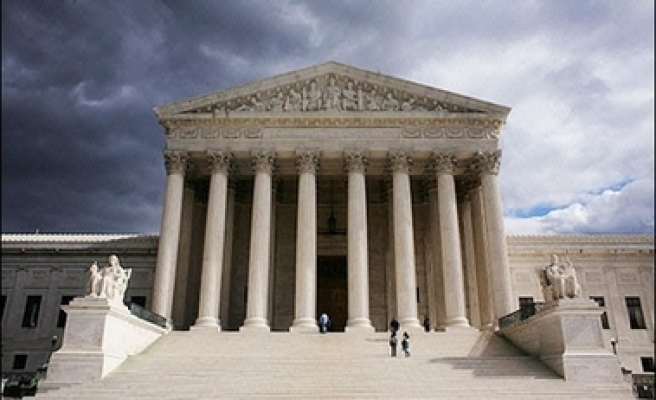 The US Supreme Court on Monday refused to hear a case brought by two detainees at the US prison in Guantanamo Bay, who were contesting the legality of the base's military courts.

The court did not give any reason for refusing to hear the case, but said three of the nine judges had been in favor of proceeding with the hearing.

Yemeni national Salim Ahmed Hamdan and Canadian Omar Khadr, who are about to face military trial at Guantanamo, had urged the Supreme Court earlier in April to rule on their legal rights before proceedings begin.

The two men said they did not have time to pursue other legal avenues to see if they were protected under the US constitution because their day in military court is fast approaching.

Both men are among the first Guantanamo prisoners the US government intends to prosecute this summer in special military courts, known as military commissions.

"The time to hear this particular case is now," the petitioners had said in their brief.

"Petitioners are irreparably harmed by having to defend themselves in trials where they are kept ignorant as to whether or not the constitution protects them and governs the procedures by which their prosecutions are allowed to proceed."

Earlier in April, the US high court ruled that dozens of Guantanamo Bay inmates had no right to challenge their detention in federal court and that they had not exhausted all other legal options.

Omar Khadr, arrested in Afghanistan at 15, was charged on April 24.

He is only the second detainee brought before the controversial special tribunals.
Last Mod: 01 Mayıs 2007, 17:00
Add Comment