The White House and the office of Dick Cheney, the US vice president, have been sent subpoenas demanding documents relating to the administration's decision to eavesdrop on Americans. 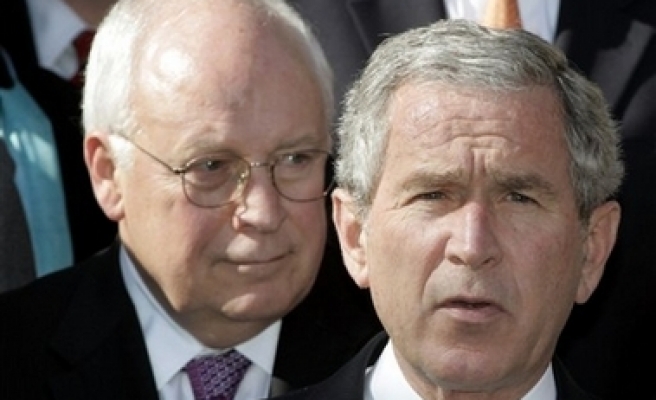 The White House and the office of Dick Cheney, the US vice president, have been sent subpoenas demanding documents relating to the administration's decision to eavesdrop on Americans.

The programme, which saw the administration intercept emails and telephone calls without a warrant, was adopted after the September 11 attacks.

The National Security Council will also receive a subpoena issued by a US senate committee on Wednesday.

The committee wants information about the authorisation of the programme and any deals between the administration and telecommunications firms.

"Over the past 18 months, this committee has made no fewer than nine formal requests to the department of justice and to the White House," Patrick Leahy, Democratic senator and committee chairman, said in a letter to George Bush, the US president's, aides.

"All requests have been rebuffed."

"It's unfortunate that congressional Democrats have decided to choose confrontation," she said.

The Democrats however pointed out that the judiciary committee voted 13-3 on a largely bipartisan basis to authorise Leahy to issue the subpoenas.

"The bipartisan support for issuing these subpoenas demonstrates that both Democrats and Republicans are fed up with the misleading statements from the attorney general and the administration about this illegal programme," Russ Feingold, another Democrat senator, said.

The existence of the the warrantless wiretap programme, which allowed US investigators to eavesdrop on email traffic and telephone conversations to or from the United States, was revealed in 2005.

Critics said it was unconstitutional and violated civil liberties, but the White House said on Wednesday that it protects Americans by helping to prevent terrorist attacks.

Bush has argued that he has the power under the constitution to approve domestic eavesdropping without court warrants at a time of war.

The committee will also summon Alberto Gonzale, the US attorney general, to discuss the programme and a range of other matters that have cost several senior justice department officials their jobs, Leahy said.

"He is going to have a number of questions given to him before this hearing, so he will not say 60 or 70 times 'I don't remember.'" Gonzales has frequently said during appearances before the commitee that he does not remember details of the incidents.

Chuck Schumer, Democrat senator, said that the committee would lift the lid on the administration's inner secrets.