Turkish and US officials firmly denied the existence of a formal request from Ankara to allow two US hospital ships to sail through the Turkish straits to Georgia. 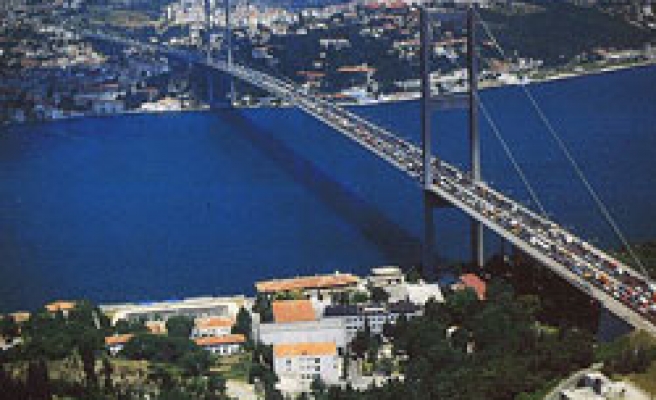 Turkish and US officials have been engaged in constant contact in a bid to provide more assistance to Georgians without violating the 1936 Montreux Convention, according to which countries must notify Turkey before sending warships through the straits.

As of Friday, McClatchy Newspapers quoted unnamed Pentagon officials as saying they were increasingly dubious that any US Navy vessels would join the aid operation, in large part because the US-based hospital ships likely to go, the USNS Comfort and the USNS Mercy, would take weeks to arrive. They also complained that Turkey was "sluggish and unresponsive" in granting them permission to sail through the straits to the Black Sea. Nonetheless, both Turkish and US officials firmly denied the existence of a formal request from Ankara to allow two US hospital ships to sail through the Turkish straits to Georgia.

"A number of actions for transporting aid assistance to Georgia are being considered, and a lot of them are already happening," US Embassy press attaché Kathryn Schalow, when approached by Today's Zaman, noted.

"As far as I know, we have not made a formal decision about sending those two ships," she added, underlining that "a formal request" for their passage to the Black Sea via the Dardanelles and Bosporus straits had not yet been made.

For their part, Turkish officials involved in the issue also denied the existence of any such formal request by the US side.

"We have been in coordination with all those willing parties, countries, for transportation of humanitarian assistance to the Georgians. We have been very helpful concerning all kinds of requests for either plane or ship passage," the same Turkish officials, speaking on condition of anonymity, told Today's Zaman.

"It is an international and multi-party convention. It is not up to Turkey to make exceptions according to the conjuncture of whether it is a humanitarian situation," the same officials said when asked about Ankara's probable response if -- hypothetically -- the US asks Turkey to make an exception concerning regulations of the Montreux Convention due to the humanitarian disaster in Georgia following nearly seven days of combat between Georgian forces and elements of the Russian Army.

US officials involved in the issue told Today's Zaman that as of yesterday, the total US Agency for International Development (USAID) and State humanitarian assistance to Georgia had exceeded $3.7 million. "We intend to be delivering more, and we are doing it by listening to the Georgian government," the US officials told Today's Zaman.

"The United States is in the process of making other arrangements for aid to the Georgians, which may involve dispatching a smaller coast guard ship which complies with the regulations of the Montreux Convention," the same US officials, who spoke on condition of anonymity, told Today's Zaman.

Today's Zaman separately learned from reliable sources that a US coast guard ship in Baltimore was in the process of being dispatched. The Montreux Convention was ratified by Turkey, Great Britain, France, the USSR, Bulgaria, Greece, Germany, Yugoslavia and Japan (with reservations). While the United States is not signatory to the convention, it has historically always complied with its provisions.

During peacetime, light surface vessels (defined as warships displacing more than 100 tons but not above 10,000 tons) of all powers may transit the straits after giving prior notice to Turkey as required by the convention. Turkey may waive the notification requirement if the warships were transiting for the purpose of providing humanitarian assistance.

The convention applies specific individual and aggregate tonnage and numbers limits. These limitations effectively preclude the transit of capital ships and submarines of non-Black Sea powers through the straits, unless exempted under Article 17. Article 17 of the Convention permits a naval force of any tonnage or composition to pay a courtesy visit of limited duration to a port in the straits, at the invitation of the Turkish government. In such instances, the tonnage and numbers limitations of the convention do not apply. Warships of non-Black Sea powers may not remain in the Black Sea for longer than 21 days.