Turkey generally respected the human rights of its citizens in the year 2007, but serious problems remained in several areas. 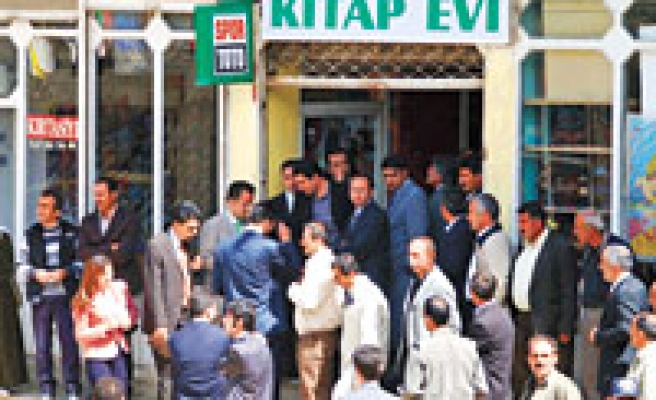 The Turkish government generally respected the human rights of its citizens in the year 2007, but serious problems remained in several areas, an annual human rights report released by the US State Department has noted.

The country reports on human rights practices for the year 2007 was released on Tuesday by the Bureau of Democracy, Human Rights, and Labor of the US State Department for review by the US Congress.

"Security forces committed unlawful killings; the number of arrests and prosecutions in these cases was low compared with the number of incidents, and convictions remained rare. Prison conditions remained poor, with problems of overcrowding and insufficient staff training. Law enforcement officials did not always provide detainees immediate access to attorneys as required by law. Some government and military officers at times undermined the judiciary's independence, and the overly close relationship of judges and prosecutors continued to hinder the right to a fair trial. Excessively long trials were a problem. The government limited freedom of expression through the use of constitutional restrictions and numerous laws, including articles of the penal code prohibiting insults to the government, the state, 'Turkishness' or the institution and symbols of the republic. Limitations on freedom of expression expanded to the Internet, as Turkish courts on several occasions ordered telecommunications providers to block access to Web sites. Non-Muslim religious groups continued to face restrictions on practicing their religion openly, owning property and training leaders. Violence against women, including honor killings and rape, continued to be a widespread problem. Child marriage was a problem. Police corruption contributed to trafficking in women and children to, from and within the country for sexual exploitation," the report noted, summarizing the overall situation of human rights in Turkey before elaborating on a number of issues under separate subtitles.

The report highlighted different aspects of the controversial bombing of a bookstore in Şemdinli in the southeastern Anatolian province of Hakkari in November 2005 that killed one person and injured two others. Ferhat Sarıkaya, the prosecutor on the case, published his indictment in March 2006. The indictment included accusations against high-ranking military commanders. The General Staff criticized the indictment and urged those bearing constitutional responsibility to take action. In April 2006 the Supreme Board of Prosecutors and Judges (HSYK) dismissed Sarıkaya from office. Upon Sarıkaya's appeal, the HSYK made an irreversible decision in November 2006, insisting on his dismissal.

Meanwhile, in May 2007 the Supreme Court of Appeals quashed the 39-year sentences of two gendarmerie intelligence officers who were caught at the scene of the bombing.

The US report referred to the incident several times in a section titled "Respect for the Integrity of the Person." The incident was highlighted as an issue related to the "Arbitrary or Unlawful Deprivation of Life" as well as to the "Arbitrary Arrest or Detention," while the report also elaborated on the incident in relation to the role of police and the security apparatus.

"Also related to the Şemdinli bombing, in March 2006, a Diyarbakır prosecutor opened a case against the senior military commander, [Chief of Turkish General Staff] General Yaşar Büyükanıt, for attempting to influence the legal process after Büyükanıt publicly remarked that the Şemdinli affair was an attempt to defame Turkey's armed forces. The Supreme Board of Prosecutors and Judges barred the prosecutor from continuing to work as an attorney," the report noted.

"Human rights organizations maintained that developments in the 2005 Şemdinli bombing trial demonstrated the serious obstacles to bringing to justice senior members of the security forces," stated the report.