US: Two in custody over plot to attack Kennedy airport

Two men allegedly involved in a plot to attack New York's John F. Kennedy International Airport were in custody in Trinidad and Tobago. 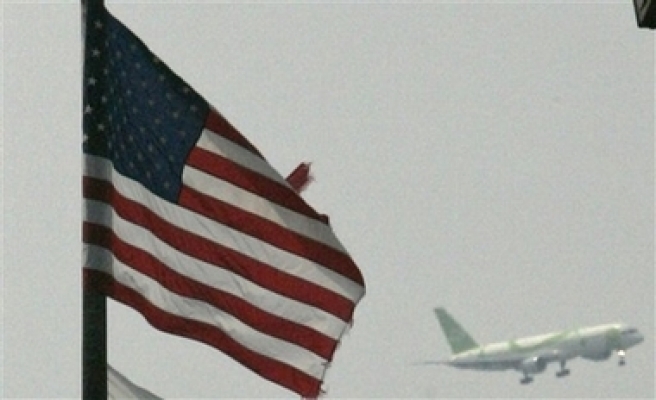 Two men allegedly involved in a plot to attack New York's John F. Kennedy International Airport were in custody in Trinidad and Tobago on Saturday and the police commissioner said authorities were scouring the Caribbean country for a third suspect still at large.

Trevor Paul, the top police official in the twin-island nation off Venezuela's coast, identified the arrested suspects as Abdul Kadir, 55, a Guyanese Muslim and former member of the South American nation's Parliament, and Kareem Ibrahim, a 56-year-old from Trinidad.

Both were arrested on U.S. warrants and are suspected of involvement in a alleged plan to blow up a fuel line feeding the airport, Paul told a news conference.

Abdel Nur of Guyana was still being sought in Trinidad, U.S. officials said.

U.S. authorities allege Kadir, Ibrahim, Nur and another Muslim man, Russell Defreitas, planned to attack the airport, kill thousands and wreak economic havoc by blowing up a jet fuel artery that runs through residential neighborhoods. The plot never got beyond the planning stages, officials said.

Defreitas, an American citizen native to Guyana and a former JFK employee, was in custody in Brooklyn.

"The FBI did inform the Trinidad law enforcement authorities of the fact that three men were wanted in the U.S. on warrants in connection with a terrorist plot. We have been working with the FBI for some time, but this last request was made yesterday," Paul said.

Paul said the two suspects would likely be extradited to the U.S. after court hearings in Trinidad. He did not say when their first court appearance in Port-of-Spain would be.

"We understand that Kadir is linked to a major organization in Trinidad," Guyanese President Bharrat Jagdeo, who is in Port-of-Spain at a regional agriculture conference, told reporters. He would not disclose further details.

Kadir's wife, Isha Kadir, told The Associated Press that her husband, a Shiite Muslim, is innocent. She said her husband flew from Guyana to Trinidad on Thursday on his way to Venezuela, where he planned to pick up a travel visa to attend an Islamic religious conference in Iran. Kadir was arrested at Trinidad's international airport on Friday after he had boarded a flight to Venezuela, Paul said.

"We have no interest in blowing up anything in the U.S," Kadir's wife said. "We have relatives in the U.S."

Ibrahim was also arrested on Friday in a cane farming town about 20 miles east of Port-of-Spain. Trinidadian authorities did not disclose more about that arrest.

Kadir served in Guyana's parliament until last year when it was disbanded before general elections in the former Dutch and British colony on the north coast of South America. Muslims, most of them Sunnis, make up about 9 percent of the Guyana's 770,000 population.

Kadir studied civil engineering at the University of Guyana and at the Trinidad campus of the University of the West Indies and has also served as mayor in Linden, a small city about 70 miles south of Georgetown, the Guyanese capital.

He also worked for years as a civil engineer in the state-owned bauxite company before leaving to set up his own building contractor business.

Kadir's wife said her husband knew Abdel Nur in Guyana in the 1980s but they were no longer in contact.

"We have not seen him for a long time and I would be surprised if my husband has any links with him still," she said in a phone interview from her home in Guyana.

Kadir was a friend and associate of an Iranian cleric, Muhammad Hassan Abrahemi, who was abducted, shot to death and left in a sand pit east of Georgetown in 2004.

He and his wife have three children, who have all studied religion in Iran, Isha Kadir said.

She said she suspects her husband's arrest is linked to two American Muslims who stayed with the family in Guyana for a week last month. She knew one only as Muhammed and did not know the other's name.

"I am now wondering if those Muslim brothers did not set us up," she said. "I can't say for sure but we have nothing to hide. We are not involved in anything."

She said she planned to travel to Trinidad to try to meet with her husband before he is extradited to the United States.