U.S. Vice President Dick Cheney, an architect of the U.S-led invasion of Iraq, made an unannounced visit to Baghdad on Monday. 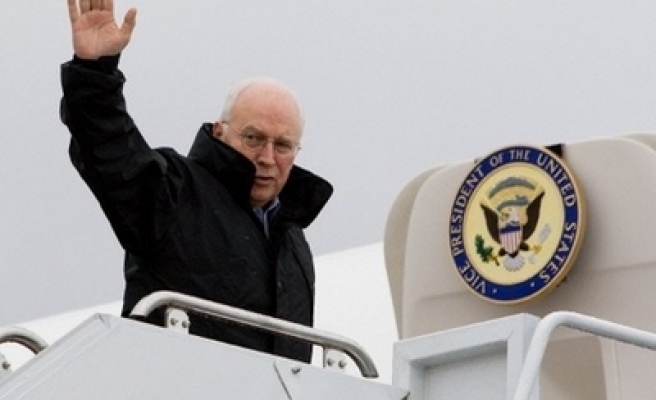 Cheney arrived as Republican candidate John McCain, who will be the Republican choice in November's presidential election, was meeting Iraqi leaders as part of a Senate Armed Services Committee fact-finding mission.

Like McCain, Cheney is in Iraq as part of a wider tour to the Middle East. Cheney will also visit Saudi Arabia, Jerusalem, the Palestinian territories, Turkey and Oman on a nine-day tour.

Both men have been staunch supporters of a U.S. occupation in Iraq.

Cheney was met on his arrival in Baghdad by General David Petraeus, the commander of U.S. forces in Iraq.

After talks with Petraeus and U.S. ambassador Ryan Crocker he was due to meet Prime Minister Nuri al-Maliki, President Jalal Talabani and other Iraqi leaders to discuss security and political issues, a senior administration official said.

Cheney last visited Baghdad in May 2007, a month before the deployment of an extra 30,000 troops was completed.

A senior U.S. administration official said before Cheney's trip that Middle East leaders would be interested in seeing how he compares the conclusions from his trip a year ago with his assessment now that the troop build-up has been completed.

"I don't think he'll be shy about saying progress is being made and, for everybody who can do more, now is the time to do more," the official said on condition of anonymity.