The question now is why did the Turkish military publicize the violation of its airspace on this occasion? 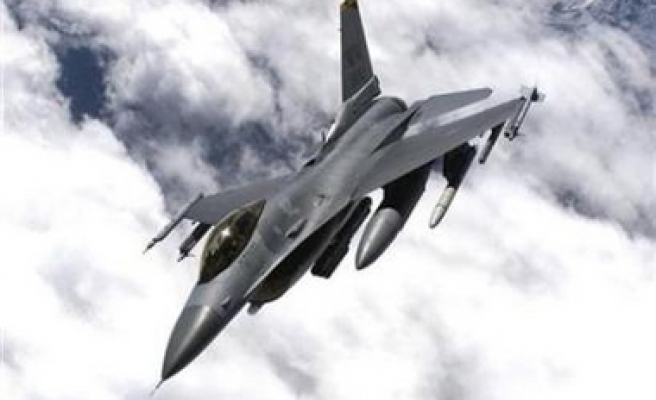 As Turkey has massed forces and tanks on its border region with northern Iraq, tension with the US was sparked on Sunday when the Turkish General Staff announced on its Web site that two US F-16s had violated Turkish airspace for four minutes on 24 May, last Thursday, in Uzumlu district near Hakkari province. However US Ambassador Ross Wilson claimed the violation lasted only one minute.

According to reliable Turkish military experts, the US has in the past violated Turkish airspace on and off since the US-led invasion of Iraq, and that at least 40 or more airspace violations have taken place but they were "purely accidental." The same sources added that Turkey has also occasionally violated Iraqi airspace. Meanwhile the US has been informing the Turkish side of the flight schedules of US aircraft, including F-16 fighters, in northern Iraq every day. But occasional airspace violations do occur and Washington has been receiving complaints about each incident.This time however, not only did Turkey make an official complaint about the airspace violation by the US F-16s on Thursday, May 24, but the General Staff also informed the public about the latest violation of its airspace via its Web site.

The question now is why did the Turkish military publicize the violation of its airspace on this occasion? The initial answer to that question from military experts is that the Turkish Armed Forces (TSK) might be trying to put the ruling Justice and Development Party (AK Party) into an awkward position, perhaps seeking to draw it into a situation that might force it to allow the military to undertake a cross-border operation into northern Iraq to pursue Kurdistan Workers’ Party (PKK) terrorists.

The rift between the secular establishment, led by the military, and the ruling AK Party has once again surfaced following the controversial presidential election process. The military, by sharing with the public the latest violation of its airspace by the US fighters, might also be sending a message to Washington in response to its latest statement that has ruled out any support to be given to the Turkish military for a cross-border operation into northern Iraq.

In the midst of the process for early elections, due to take place on July 22, it is believed that the ruling AK Party would not favor a cross-border operation, while the military is pursuing that aim though it has not yet formally asked Parliament and the government for approval for such an operation.

Turkish Chief of General Staff Gen. Yaşar Buyukanıt -- during a live press conference on April 12 -- called for a military operation into Iraq to combat PKK members, but on Friday, May 25, Turkish Foreign Minister Abdullah Gul said that Parliament had no current intention to approve such military action.

In the meantime the US recently announced that it would not support any cross-border operation staged by Turkey over fears of collateral damage and concerns that it might drag the Iraqi Kurds into to a conflict with Turkish soldiers. But Turkish military experts now believe that the potential for a unilateral cross-border operation being staged by the military is already there.

A bombing incident in the Ulus district in downtown Ankara last Tuesday, killing six and injuring more than 100 people, is the center of fears in Ankara that it might be the trigger for the military staging a cross-border operation into northern Iraq in an attempt to destroy PKK camps there and to disrupt the logistics operations of the terrorist organization.

The PKK have denied responsibility for the bombing. Western observers and some Turkish officials believe the Turkish military might also be seeking a cross-border operation to intimidate the Iraqi Kurds out of seeking control of the oil-rich and ethnically diverse city of Kirkuk.