US wants Britain to lead 'surge' in southern Iraq

US plans to urge Britain to launch a "surge" in Basra to combat increasing insurgency in the southern Iraqi region, the Sunday Mirror newspaper reported. 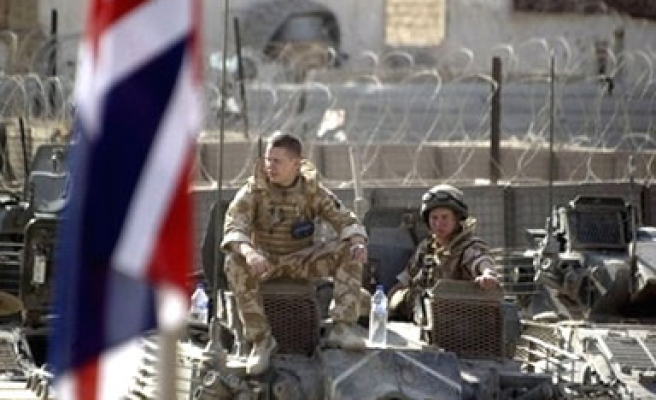 Britain, which has around 4,100 troops in Iraq, transferred control to Iraqi forces in December last year but it could now be asked to step up its role again amid top-level concern about the situation, the paper said.

It quoted an unnamed senior US military source saying: "Three big militias are currently engaged in a particularly strong battle in southern Iraq.

"US and Iraqi forces are involved in a huge operation to attack a stronghold in Mosul.

"But after that, the plan is to turn the coalition's attention on to Basra and we will be urging the British to surge into the city.

"If they do not have enough troops, then they will be offered US Marines to help out.

"The feeling is that if southern Iraq is hugely unstable, it will affect the success of the surge in the north and destabilise the whole country."

The source added: "The proposal to go back into Basra is being examined at the highest level in Baghdad."

US military commanders claim that a "surge" of 30,000 US troops since last January is partly responsible for a dip in violence in Iraq.

But unnamed senior British civil service sources told the Sunday Mirror that Britain would be highly reluctant to go back into Basra because of pressure at home to pull troops out.

"We do not have enough troops for a surge ourselves. The hope is that we can train enough Iraqi army recruits in the next year to cope with the inter-tribal warfare going on in Basra," one source quoted by the paper said.

The Ministry of Defence was not immediately contactable to comment on the report.

Recent media reports say that Britain will delay its planned withdrawal of around 1,500 troops from Iraq until the end of this year because of increased attacks in Basra.

The cuts were originally due to come into effect from early this year.