In the latest scandal jolting the Bush administration, the head of the US Agency for International Aid (USAID) has resigned over a sex scandal, reported the Washington Post. 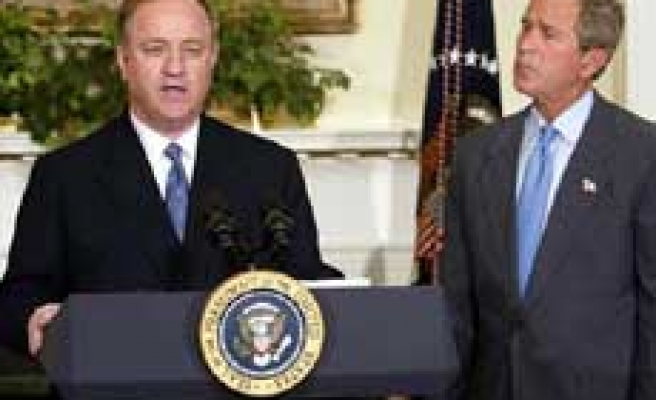 In the latest scandal jolting the Bush administration, the head of the US Agency for International Aid (USAID) has resigned over a sex scandal, reported the Washington Post on Saturday, April 28.

Randall L. Tobias said "that he must step down as Director of US Foreign Assistance and US Agency for International Development Administrator effective immediately," said State Department spokesman Sean McCormack in a statement.

"He is returning to private life for personal reasons."

Tobias resigned after he was asked by ABC News about an upscale escort service involved in prostitution, US government sources said.

An ABC statement said that the USAID chief admitted that he had used the service to provide massages, not sex.

Tobias said he contacted the escort service "to have gals come over to the condo to give me a massage" and that there had been "no sex" involved.

Tobias's biography was removed from the USAID website just minutes after the Department announcement, according to the Post.

USAID, founded in 1961, is the US government agency in charge of sending humanitarian aid in disaster situations around the world.

Deborah Jeane Palfrey, who runs the escort service, told investigators her service provided clients with college-educated women who engaged in legal, sexual game-playing in the clients' homes or hotel rooms.

US prosecutors believe that the escort service is a prostitution ring.

Palfrey has threatened to expose a high-profile list of clients.

Tobias's mobile telephone number was among the thousands in Palfrey's records, according to the ABC.

In an interview to be aired on ABC's "20/20" program on May 4, Palfrey said she intends to call on Tobias and other prominent clients to testify at her trial.

Palfrey's attorney, Montgomery Blair Sibley, said he was showered with calls from five lawyers in the past few days asking whether their clients' phone numbers are on Palfrey's list.

Some have even asked about whether an accommodation can be made to avoid identifying their clients.

Asked by ABC about specific clients in name, Sibley declined to identify or speculate about Palfrey's clients.

Tobias joined the Bush administration in 2003 as the first global AIDS coordinator with the rank of ambassador.

Last year, he was picked by Secretary of State Condoleezza Rice as the first director of US foreign assistance, with the rank of deputy secretary.

He was responsible for running USAID and coordinating all foreign aid.

The president "was saddened and disappointed and wished Dr. Tobias and his family well," White House spokeswoman Dana Perino said.

Tobias's resignation over the sex scandal is the latest to hit the Bush administration.

World Bank president Paul Wolfowitz, the former deputy defense secretary, on Thursday, April 12, was hit by a favoritism scandal over a hefty pay raise to his girlfriend, a bank employee.

US Attorney General Alberto Gonzales is also facing a barrage of criticism and calls for him to step down over his handling of the firing of top prosecutors. Last Mod: 29 Nisan 2007, 10:13
Add Comment