The blast occurred in the town of Kagan near the ancient Silk Road town of Bukhara late at night on Wednesday, the independent Ferghana news agency reported. 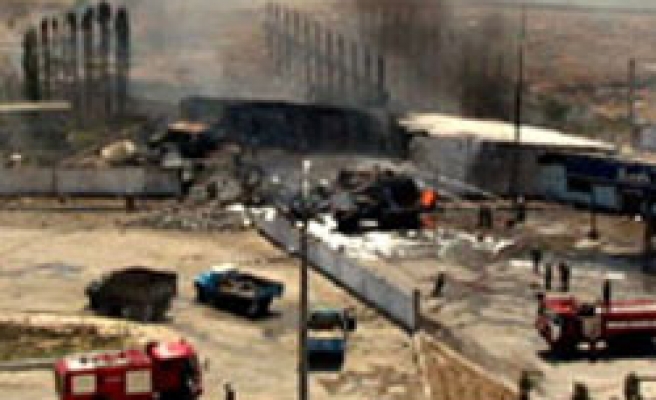 A series of explosions at a Soviet-era arms depot in southern Uzbekistan killed at least three people and injured 21, Russia's RIA news agency quoted a government source as saying on Thursday.

The blast, caused by a fire, occurred in the town of Kagan near the ancient Silk Road town of Bukhara late at night on Wednesday, witnesses and local media reported.

Uzbek officials have yet to issue official information on the accident.

"The explosions continued through the night," the independent Ferghana news agency.

Ferghana quoted local witnesses as saying the explosion shattered windows as far as 12 km (8 miles) away.

Separately, Russia's RIA-Novosti news agency said the explosion was caused by a fire at one of the storage facilities at the depot.

"Residents living nearby have been evacuated. Those injured are being given medical assistance," it quoted a defence ministry source as saying.