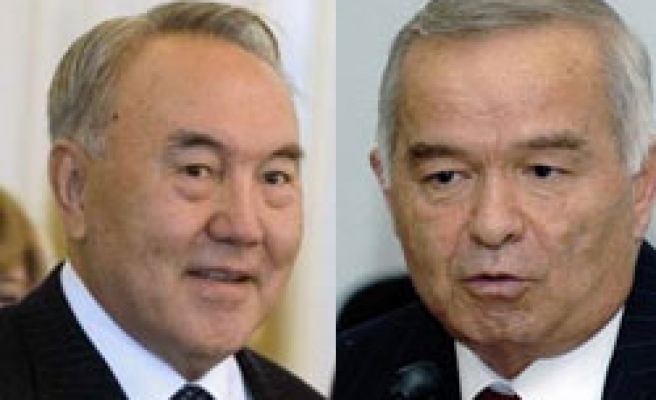 Uzbek President Islam Karimov said he did not favor the idea of creating a union of Central Asian nations.

Russian news agency reported Kerimov said, "This idea [of creating a union of Central Asian nations] is unacceptable to Uzbekistan. I don't plan to change my position".

"To form such a union it is indispensable that the level of socioeconomic development be comparable," Karimov told a briefing after talks with Kazakh President Nursultan Nazarbayev in Astana on Tuesday.

Interfax quoted Kerimov as saying, "Unfortunately, we still have many issues and so it is premature to discuss any union, especially since we had something of the kind in the past".

But Nazarbayev said that the idea of a union of Central Asian nations was in the future.

The agency reported, "Such cooperation exists in fact: we trade, people socialize and business develops. The free trade zone proposed by Uzbekistan is the first step toward an economic union in the future. Naturally, nobody thought that the Central Asian union would emerge in one day,"Nazarbayev said.

While pointing to the mutual striving to increase bilateral trade manifold, Karimov said that the sides agreed to set up a special working group, which will draft a document on the creation of a free trade zone between Uzbekistan and Kazakhstan.

"With this in mind, we should create necessary conditions and remove all the obstacles and problems," the Uzbekistani president said.

"The question is about the unification of customs and other duties and the introduction of various preferences, which may simplify and improve mutual trade," Karimov added.

Nazarbayev, in turn, noted that the bilateral trade, which doubled in 2007, still fails to meet their potential.

In addition, only four types of goods are accounted for 80 percent of bilateral trade, he said.

"We will instruct the two prime ministers to study the issue in detail in order to answer within a quarter what impediments we have and we can be done to remove them," Nazarbayev said.