An Uzbek court has freed a human rights worker and suspended her seven-year jail sentence after she "confessed" to the charges against her and criticised international rights groups. 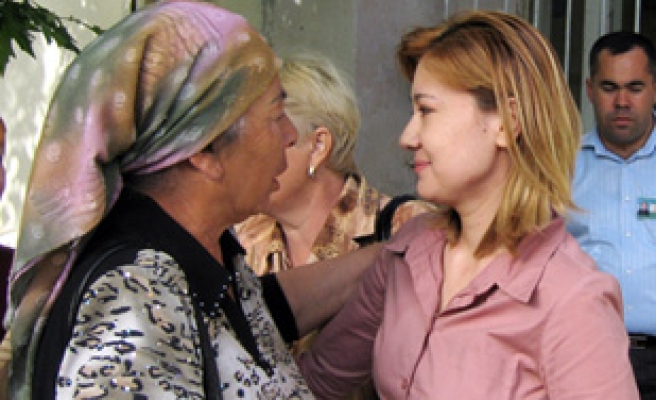 An Uzbek court has freed a human rights worker and suspended her seven-year jail sentence after she "confessed" to the charges against her and criticised international rights groups.

Umida Niyazova, who had worked as a translator for New York-based Human Rights Watch, was convicted last week of possessing subversive materials.

On Tuesday she told a court in Tashkent: "I confess that I committed a crime and acted unconsciously while under the influence of the atmosphere which I was in.

"I am disillusioned about what international organisations are doing."

Diplomats from the US, British and German embassies looked on as Niyazova made a 10-minute statement from a cage inside the courtroom.

The statement was critical of Human Rights Watch. The group's researcher in Uzbekistan, Andrea Berg, was accused of bias and harming the country.

Human Rights Watch said it welcomed Niyazova's release, but it did not comment on the criticisms of its work.

In the statement, Niyazova also criticised "colour revolutions" - a term applied to popular uprisings in three former Soviet states; in two of them, Georgia and Ukraine, the uprisings brought Western-oriented governments to power.

"I would not want a colour revolution to take place in Uzbekistan like it happened in Georgia, Ukraine and Kyrgyzstan," she said.

After a two-day trial last week, Niyazova, who also wrote news stories critical of the Uzbek government, was sentenced to seven years in jail.

Uzbek authorities found articles and information in her laptop computer about the killing of protesters in the Uzbek town of Andizhan in May 2005.