"Such a decision is a break with apostolic tradition maintained in all of the Churches in the first millennium, and is therefore a further obstacle for reconciliation between the Catholic Church and the Church of England," Vatican said. 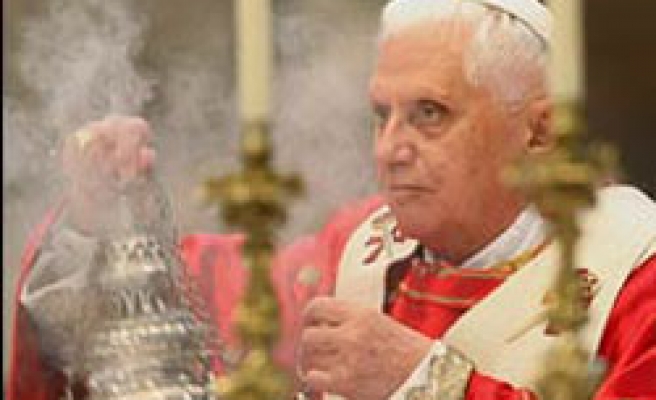 The Vatican on Tuesday strongly criticised the Church of England's plan to ordain women bishops, describing it as a historic break from Christian doctrine that will drive Anglicans and Catholics further apart.

The governing body of the Church of England, the mother Church of world Anglicanism, confirmed on Monday it will ordain women to the powerful rank of bishop -- albeit with compromise measures to appease traditionalists in its own ranks.

As in the Roman Catholic Church, Anglican bishops have the ability to ordain priests.

The decision widens the divide between Catholic and Anglican Churches, which had been making efforts to advance dialogue in recent years.

"For the future, this decision will have consequences for dialogue, which until now had borne much fruit," the Vatican office for promoting Christian unity said in a statement.

"Such a decision is a break with apostolic tradition maintained in all of the Churches in the first millennium, and is therefore a further obstacle for reconciliation between the Catholic Church and the Church of England."

The Roman Catholic Church says women cannot enter the priesthood because Christ chose only men as his apostles -- a point it drove home in May with a decree punishing attempts to ordain women priests with automatic excommunication. But the Church of England approved ordination of women priests in 1992 and today one in six of England's parish priests is a woman. Liberals say it is insulting now not to admit them to positions of power, and point to Anglicans in Canada, the United States and New Zealand, who already have women bishops. The decision by the Anglican hierarchy still must be confirmed through a long, complex process.

But if the compromise wins full acceptance in further synod meetings and the scheduled timetable is mapped out by 2012, Archbishop of Canterbury Rowan Williams may one day be succeeded by a woman as spiritual leader of the world's Anglicans.

The Churches have been split since England's King Henry VIII broke with Rome in the 16th century. Today, the Anglican Communion has about 77 million members, compared with the world's 1.1 billion Catholics. Williams will be tested again this month as he struggles to keep warring factions united when hosting the Lambeth Conference, the 10-yearly meeting of Anglican bishops from around the world.