The Vatican's secretary of state - the equivalent of a prime minister - indicated that the Holy See is in favour of Turkey joining the EU in an interview to Turin-daily La Stampa published on Wednesday. 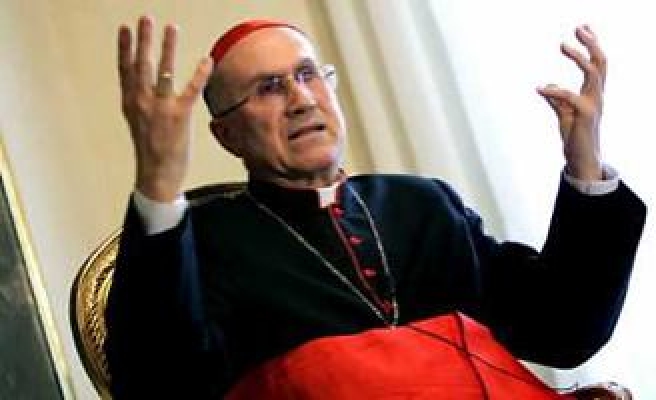 The Vatican's secretary of state - the equivalent of a prime minister - indicated that the Holy See is in favour of Turkey joining the EU in an interview to Turin-daily La Stampa published on Wednesday.

Responding to a question on "whether Turkey, which is grappling with a resurgence of Islamist identity, should join secular Europe", Cardinal Tarcisio Bertone said there is a "contradiction" between the country and the Union but that if "fundamental rules of cohabitation" are respected, dialogue and building together a common future is possible "also with [Turkey's] entry in Europe."

"Turkey is a country described as secular; in Europe, secularism is exalted not as mere secularity, but as a lay belief system and in the name of this secularism all reference to Jewish-Christian roots is refused" in a European constitution, said Bertone.

"Turkey however, has come a long way and is still progressing. I mean there are evolutions; there are obviously very different positions, but within a framework of individuals, populations and governments who respect fundamental rules of common living, it is possible to dialogue and to build together a common resource on a European and worldwide level," the secretary of state told La Stampa.

To a subsequent question on whether he also implied that this could be achieved with Turkey's EU membership, he responded: "Also with the entrance into Europe."

Last November, Pope Benedict in a surprise move began his historical trip to majority Muslim Turkey by expressing his support for the country's bid to join the European Union.

The pope reportedly told Turkish prime minister Recep Tayyp Erdogan that the Vatican desires Turkey's membership in the EU during private talks between the two - a stance later confirmed by Vatican spokesman Federico Lombardi who said that "the Vatican doesn't get involved in politics, but we see favourably Turkey’s path toward the European Union." Last Mod: 30 Mayıs 2007, 14:31
Add Comment