Leftist allies Venezuela and Ecuador escalated a crisis with Colombia on Monday, cutting diplomatic ties after their neighbor raided inside Ecuador in an attack that sparked troop deployments and warnings of war. 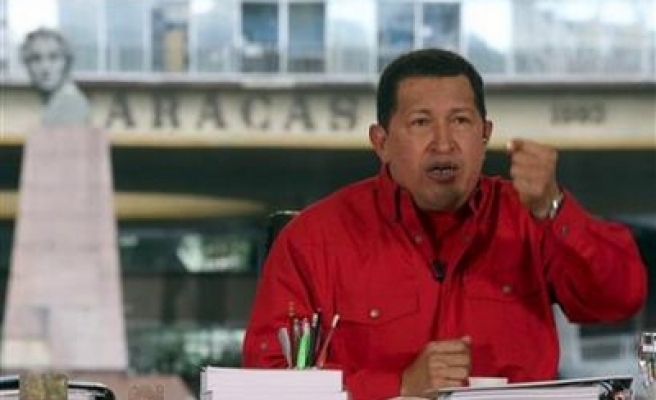 Colombia also fueled the tensions by accusing Venezuelan President Hugo Chavez of funding Marxist rebels in its country -- a charge denied by the government.

The crisis erupted when Colombia flew troops into Ecuador on Saturday in a bombing raid that killed a senior rebel of the Revolutionary Armed Forces of Colombia, or FARC.

It was a major blow to Latin America's oldest rebel group and also eliminated a key contact for governments, such as France, Venezuela and Ecuador, in talks to free hostages held by FARC for years in jungle camps.

Chavez has brokered the release of six captives since the start of the year in those negotiations.

On Monday, Venezuela and Ecuador said they had been close to securing freedom for the most high-profile hostage, French-Colombian Ingrid Betancourt.

"The hand of authoritarian war-mongers wrecked everything," Ecuadorean President Rafael Correa said on the eve of a Latin American tour -- including Venezuela -- to lobby for support.

"We have always declared peace with Colombia, we have stretched out a hand of solidarity and we have been betrayed," he said in an address to the nation.

Latin American governments, including diplomatic heavyweight Brazil, lined up to condemn Colombia's attack and demand an apology for Ecuador.

Governments from France to the United States, as well as U.S. presidential candidates, also urged diplomacy to defuse the tensions.

Chavez ordered troops and tanks to the border with Colombia on Sunday and warned conservative President Alvaro Uribe, that a similar strike on Venezuelan soil could lead to war. His foreign minister said Venezuela suspected Washington helped coordinate the Ecuador attack.

Ecuador also sent thousands of troops to the border.

Both leftist governments intensified their diplomatic measures against Colombia on Monday.

Ecuador announced it was cutting off diplomatic ties and Venezuela expelled all Colombian diplomats, a day after it withdrew all its own personnel from its embassy in Bogota.