German Chancellor Angela Merkel said on Sunday that the former Soviet state Georgia was "on a clear path in the direction of NATO membership." 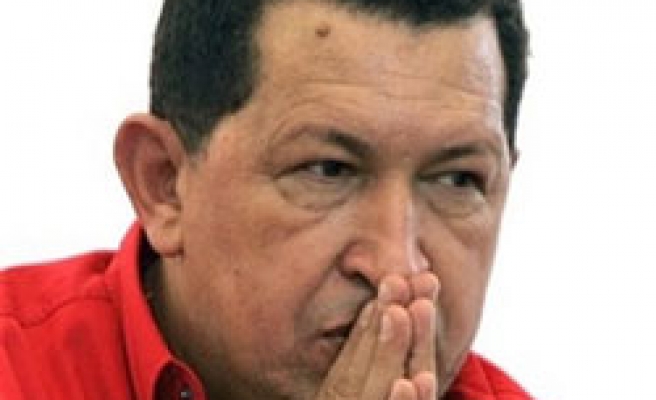 Chavez, a persistent critic of the United States, said Washington was using its ally Georgia to weaken a resurgent Russia.

"The intention of the United States is to reduce Russia to its minimum expression," said Chavez, who has used higher revenue from Venezuelan oil production to buy weapons worth billions of dollars from Russia in recent years.

"The Russians did what they had to do, we recognize the courage of President Dmitry Medvedev, we are with Russia," Chavez said on his weekly television show.

Russia announced on Sunday it would start pulling out its forces on Monday, after the conflict dealt a humiliating blow to Georgia and raised fears about fuel supplies to Europe.

The conflict has pitted Russia against the United States and European countries who see Georgia as a key strategic partner. A major fuel pipeline runs through Georgia.

Russia is furious at the United States and Western European nations for holding out the prospect of Georgia joining NATO. German Chancellor Angela Merkel said on Sunday that the former Soviet state was "on a clear path in the direction of NATO membership." U.S. Defense Secretary Robert Gates told CNN the prospect of Georgia joining the alliance was "very much still on the table."

Repeating comments he made on a trip to Russia last month, Chavez said Moscow had expressed interest in sending a naval fleet on a tour of the Caribbean and it would be welcome to visit Venezuela.

Venezuela's relations with the United States, a major consumer of Venezuelan oil, have been strained since Washington welcomed a short lived coup against Chavez in 2002.

Chavez feels threatened by U.S. plans to relaunch its naval Fourth Fleet to patrol South America, 58 years after decommissioning it.