Chavez has made regular visits to Russia, the world's second biggest oil exporter, and praised Moscow for standing up to Washington. 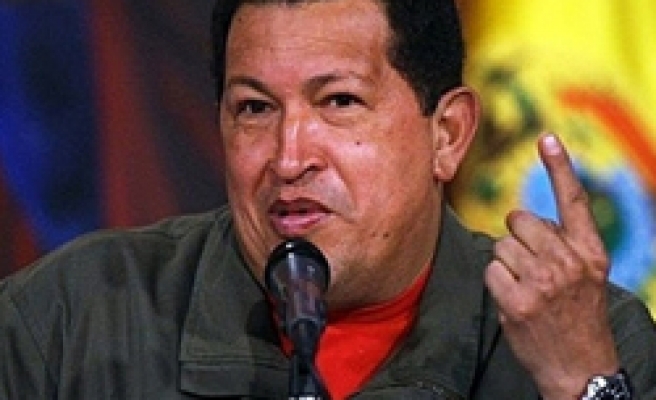 Chavez has made regular visits to Russia, the world's second biggest oil exporter, and praised Moscow for standing up to Washington.

Chavez, who has used revenues from record oil prices to stock up on Russian and Chinese military hardware, will arrive in Moscow early on Tuesday and is expected to meet President Dmitry Medvedev and Prime Minister Vladimir Putin.

The Venezuelan leader was originally expected in Moscow on Monday evening but postponed his arrival until Tuesday early morning, a diplomatic source said. No reason was given.

The Venezuelan Embassy in Moscow refused to respond to requests for information about the visit but Russian media said Chavez's shopping list included 20 TOR-M1 air defence systems and several diesel-powered submarines for a total of more than $1 billion.

Venezuela is seeking loans from Russian banks, partly to fund arms purchases, while some of Russia's biggest companies -- including Gazprom, LUKOIL, TNK-BP and Russian Railways -- are interested in boosting trade with the OPEC member.

Chavez told Itar-Tass news agency he wanted to buy Russian tanks during the visit: "These are very modern, fast tanks," he said. Chavez also told Tass he wanted to discuss the creation of a joint investment fund.

"During the visit to Russia by Venezuelan President H. Chavez, new contacts to deliver Russian arms and military equipment could be signed," the Interfax news agency quoted an unidentified source in Russia's defence sector as saying.

In his former post as president, Putin hosted Chavez's last visit to Moscow in June 2007. During that trip, Chavez called Putin "brother" but the Kremlin kept him at arm's length and avoided endorsing his more extreme positions.

Russia is seeking to boost arms exports to Latin America as some of its traditional customers, such as India, express concerns over late deliveries and price rises. Algeria earlier this year sent back 15 MiG warplanes, citing quality problems.