A Turkish newspaper, citing a reliable source, said only six of the 11 judges would vote in favour of closing the AK Party, less than the minimum seven required to result in a closure. 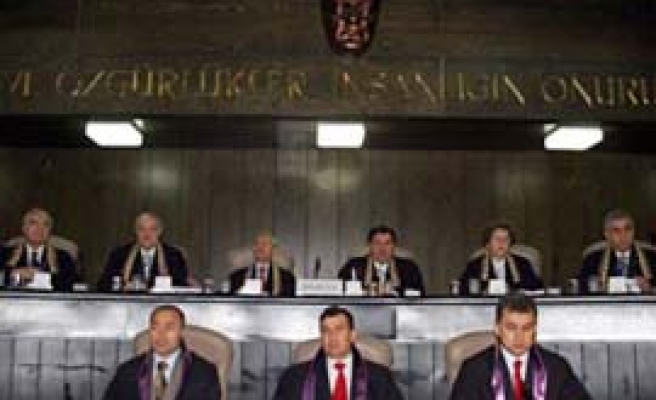 Turkey's highest court could decide as soon as Wednesday whether to ban the ruling AK Party for allegedly anti-secular activities, Radikal and Sabah newspapers said.

The AK Party won a sweeping re-election with 47 percent of the vote last year and rejects charges of violating the secular constitution.

Financial markets have rallied on optimism over the past week the Constitutional Court will rule not to ban the AK Party. The lira currency rose nearly 1.5 percent against the dollar and shares gained three percent.

Radikal and Sabah newspapers said a verdict by the secularist judges could come as early as Wednesday or Thursday.

The Ankara-based court has said it will try to reach a verdict as soon as possible in a case that has caused political uncertainty in the European Union-applicant country.

If the court backs the prosecutor, the pro-business, pro-reform party would be closed and the court would then decide whether Prime Minister Tayyip Erdogan, President Abdullah Gul and 69 AK Party members should be banned from politics for five years.

The court could also decide to reject the prosecutor's charges or to impose financial penalties on the governing party, such as depriving it of state financial aid.

Vatan newspaper, citing a reliable source, said only six of the 11 judges would vote in favour of closing the AK Party, less than the minimum seven required to result in a closure.

The EU has criticised the case, saying the kind of charges raised by the prosecutor should be debated in parliament and decided through the ballot box, not in the courtroom.

Turkey has banned more than 20 political parties for Islamist or separatist activities, including the predecessor of the AK Party as recently as 2001, but none has been as popular as this governing party.

If the AK Party is closed its parliamentary members will most likely form a new party and keep power. If Erdogan is also banned, analysts expect the government to fall and either by-elections or early parliamentary elections will follow.

The case is as much about a power struggle between two competing elites over control of key institutions as whether the strict founding principles of modern Turkey are out of date.

Turkey's secularist elite, made up of army generals, judges and university rectors, has long held sway over the country's direction by defending a strict set of secular principles, which the country was founded on in 1923.

The elite accuses the AK Party of harbouring a hidden Islamist agenda. The ruling party says it is allowing more freedom of religion and expression as demanded by the population.