The video shows Khadr weeping, his face buried in his hands. 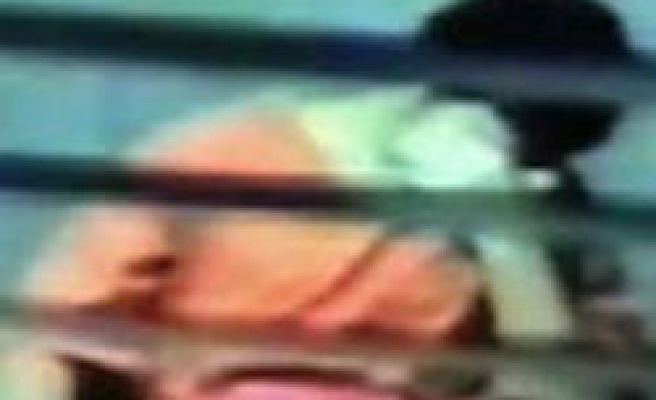 Lawyers for a Canadian prisoner at Guantanamo Bay released hours of videotaped interrogations Tuesday, providing a first-ever glimpse into the secretive world of questioning prisoners at the isolated U.S. prison in Cuba.

Omar Khadr's lawyers released excerpts of their client being questioned at Guantanamo Bay in 2003.

In the video, a Canadian Security Intelligence Services agent is shown grilling Khadr, 15, about events leading up to his capture as an enemy combatant. Khadr, a Canadian citizen, is accused of throwing a grenade that killed a U.S. soldier during a 2002 firefight in Afghanistan.

The video shows Khadr weeping, his face buried in his hands.

At one point, Khadr tells them he was tortured while at the U.S. military detention center at the Bagram air base in Afghanistan, where he was first detained after his arrest in 2002. He raises his orange shirt to show the wounds he sustained.

He tells the agent, "You don't care about me."

The video provides insight into the effects of prolonged interrogation and detention on the Guantanamo prisoner. The seven-hour video, taken over four days of interviews, was originally marked "Secret/No Foreign."

The videos of Khadr's interrogations by officials from Canada's CSIS foreign intelligence division, released after a long legal battle, show how Khadr, a teenager at the time, initially believed that the Canadians were there to help him.

"Omar appears happy and cooperative on Day One," lawyer Nathan Whitling wrote in a statement accompanying the five hours of video.

"But by Day Two (February 14, 2003), Omar has come to understand that the CSIS agents are not going to help him, and he is in despair."

The pictures offer a rare glimpse into the Guantanamo Bay facility, where the United States is holding some 265 prisoners in conditions severely criticized by human rights groups.

Documents released earlier this month showed that U.S. authorities deprived Khadr of sleep ahead of the interview, putting him in a "frequent-flyer program," where he was moved every three hours to make him more likely to talk.

A Canadian judge ruled last month that Khadr had a right to see descriptions of interviews that the Canadians conducted with him, to help him prepare for his trial at Guantanamo.

The judge said that in his view, steps taken by U.S. authorities before the 2004 visit by the Canadian officials violated international human rights law.