Four Tukish journalists begin reciting a Muslim last prayer as then they wave through the shattered sunroof of their truck and shout "Press! Press!" in English. 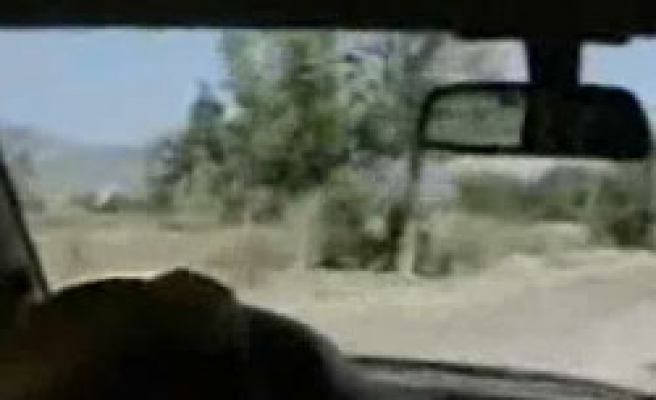 Video that aired on a Turkish television network Thursday showed reporters from two stations ducking for cover and saying their last prayers as their vehicle came under attack in Georgia.

One reporter was shot in the head in the attack, which happened Sunday, but his injuries were not considered life-threatening. All the journalists involved were safely back in Turkey on Thursday.

It's one of several incidents in which journalists have been caught in the shooting between Georgian and Russian forces.

The crews, from Turkish networks NTV and Kanal Turk, were traveling from Gori, in Georgia, to the South Ossetian city of Tshinvali when video shows bullets striking their vehicle.

The four journalists begin reciting a Muslim last prayer. Then they wave through the shattered sunroof of their truck and shout "Press! Press!" in English.

The Istanbul-based reporters were taken to a makeshift, underground hospital in Tshinvali.