Communication was still cut off with many affected areas as river waters rose to their highest level in four decades, disaster officials said. 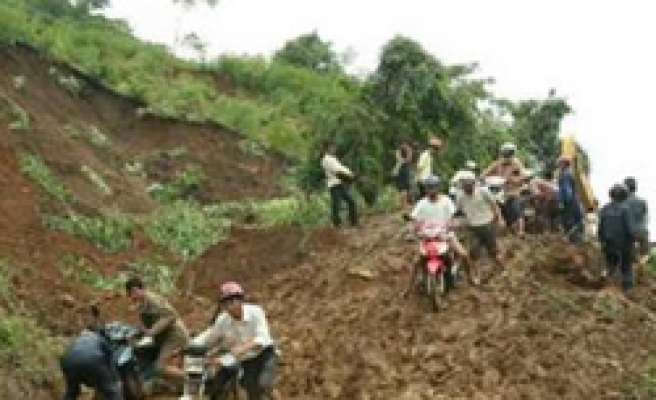 Flash floods and landslides brought by tropical storm Kammuri since Saturday have battered mountainous villages in northern Vietnam, killing at least 97 people and leaving 48 missing, the government said on Monday.

The toll from the disaster is expected to rise. Communication was still cut off with many affected areas as river waters rose to their highest level in four decades, disaster officials said.

Lao Cai province, bordering China, was the hardest hit with 38 people missing and 36 people killed since late last week, the National Centre for Flood and Storm Prevention said in an updated storm report.

Officials in Lao Cai, popular among foreign tourists for its mountain resort town of Sapa, said all of the dead and missing were local people whose homes were washed away by flash floods.

At least 33 people were killed in the neighbouring province of Yen Bai, many buried alive as landslides hit at night as they slept.

About 1,600 passengers, more than half foreign tourists on their way to Sapa, have been stranded in Yen Bai since Saturday after their trains had to stop to avoid landslides, state media reported on Monday.

River waters in Yen Bai peaked on Sunday at close to the record level in 1968, the government said.

Roads and bridges were destroyed, preventing aid from reaching affected areas, while 4,230 homes remained inundated and nearly 9,000 hectares (22,240 acres) of rice and other crops in the region have been destroyed, the report said.

But with thousands of people being displaced and their homes and fields destroyed, the demand for the grain to aid flood victims would rise in coming days. Early food aid comprises mainly instant noodles.

Most of the aid would come from regional warehouses under national reserves, which build rice stock each year by buying about 20 percent of Vietnam's annual paddy output. The country produces around 36 million tonnes of paddy each year.

The Border Guard Command and Lao Cai police said on Monday they had sent 1,100 troops to search for the missing and evacuate residents from the areas vulnerable to floods and landslides.

The National Meteorology Centre said while floods in Lao Cai and Yen Bai had receded, more landslides could happen this week as further rain was expected in the northern region.