Vilma Espin, the wife of acting Cuban President Raul Castro and one of the most powerful women in Cuba long before her husband took over office from his convalescing brother Fidel Castro, died on Monday. 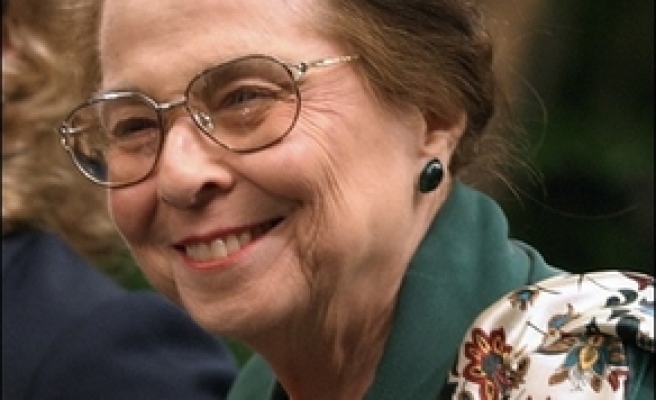 Vilma Espin, the wife of acting Cuban President Raul Castro and one of the most powerful women in Cuba long before her husband took over office from his convalescing brother Fidel Castro, died on Monday. She was 77.

State-run Cuban television said Espin died from complications from a long illness, but did not give further details. The Cuban government declared one day of official mourning in Espin’s honor.

A key figure in advancing equality for women in Communist Cuba, Espin was married to Fidel Castro’s younger brother Raul, who took over as acting president in July 2006 after the elder Castro underwent emergency intestinal surgery and was sidelined temporarily from power.

Espin, who was rumored to be ill for more than a year, was Cuba’s unofficial first lady because Fidel Castro has always kept his private life out of the public limelight and his wife Dalia Soto del Valle has never played any official role.

Espin is the most important symbol of the Cuban revolution to die since Celia Sanchez, one of Castro’s closest confidants, passed away in 1980.

Espin earned her revolutionary credentials by joining the armed struggle against right-wing dictator Fulgencio Batista in her hometown of Santiago, on Cuba’s eastern coast, in 1956.

Rebelling against her wealthy upbringing — her father was an executive at the Bacardi rum distillery — Espin joined Castro’s guerrillas in the Sierra Maestra mountains and fell in love with his younger brother in the heat of the fighting.

They were married in 1959 in Havana after Batista fled Cuba and the bearded guerrillas marched into the Cuban capital in triumph.

A year later, Castro asked her to found the Cuban Women’s Federation, a mass organization that mobilized women for the revolutionary cause and to advance gender equality. Today, the federation has about 3.6 million members, or 85 percent of the island’s women.

She was one of the first Cuban women to earn a chemical engineering degree, and did graduate studies at the Massachusetts Institute of Technology before joining the revolutionary cause.

A British diplomatic report on leading Cuban personalities in 1967 described Espin as a “strikingly handsome and even attractive woman, who uses much more make-up and other aids than is the revolutionary custom and manages to make even her uniforms smart and feminine.”

Espin had been a member of the ruling Communist Party’s Central Committee since its creation in 1965. She was a member of the party’s Politburo from 1980 until 1991 and remained a member of Cuba’s Council of State.