As the details of the tragic shooting spree at Virginia Tech university continues to unfold, survivors remembered the heroic sacrifice of an Egyptian Muslim student, The New York Times reported on Thursday, April 19. 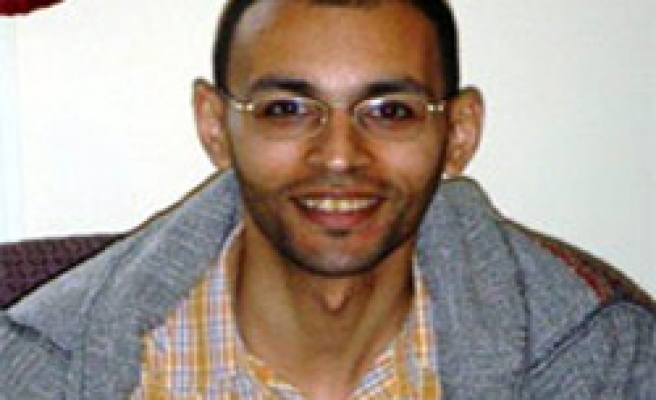 Waleed [Shaalan] was bright, energetic and caring," said Randy Dymond, a civil engineering professor and a survivor of the worst gun madness in US history.

He said Shaalan, 32, was studying with another colleague when South Korean student Cho Seung-Hui stalked through the building, shooting at professors and students in classrooms and hallways.

The Egyptian father, an active member of the Muslim Student Association, fell to the ground after he was shot by Cho while his colleague played dead to escape the massacre.

He returned twice to the room where Shaalan and his colleague where to search for signs of life and approached the dead-pretending student.

Though badly wounded himself, Shaalan made a deliberate move to distract Cho who turned his gun to him and fired killer bullets, Dymond quoted the survivor student as saying.

Described by his colleague as a community-active and caring person, Shaalan was planning to bring his wife and one-year-old son Khaled to the US to live with him.

Dymond said the practicing Muslim was a model student.

"The reason we are in higher education is because there are students who are the bright light to the future.

"Waleed was one of them."

Three days after the bloody massacre, photos, videos and writings showed how anger-filled Cho blamed the society's ills for his crime.

"You had a hundred billion chances and ways to have avoided today. But you decided to spill my blood," he said in one of videos he sent to NBC News between killings.

"You forced me into a corner and gave me only one option. The decision was yours. Now you have blood on your hands that will never wash off."

Cho sent the package by overnight express at a post office near the university after he killed two students at a dormitory and two hours before he slaughtered 30 more.

In a military-style haircut, America's deadliest gunman photographed himself wearing black and a backward baseball cap and pointing handguns at the camera and himself.

Through a carefully-prepared package of 27 video files, a 1,800-word manifesto and 43 photographs, he railed against hedonism and injustice around him.

In his resentful monologue spoken directly to the camera, Cho mixed religious references with disgust at society.

"Do you know what it feels like to be humiliated and be impaled on a cross and left to bleed to death for your amusement? You have never felt a single ounce of pain your whole life," he said.

Former classmates said that Cho was picked on, pushed around and laughed at over his shyness and the strange way he talked when he was a schoolboy in the Washington suburbs.

"You have vandalized my heart, raped my soul and torched my conscience," he said in his video files.

"Thanks to you I die like Jesus Christ, to inspire generations of the weak and the defenseless people."
Last Mod: 20 Nisan 2007, 13:56
Add Comment