Polls open in France as the country votes in the most unpredictable presidential election in decades. 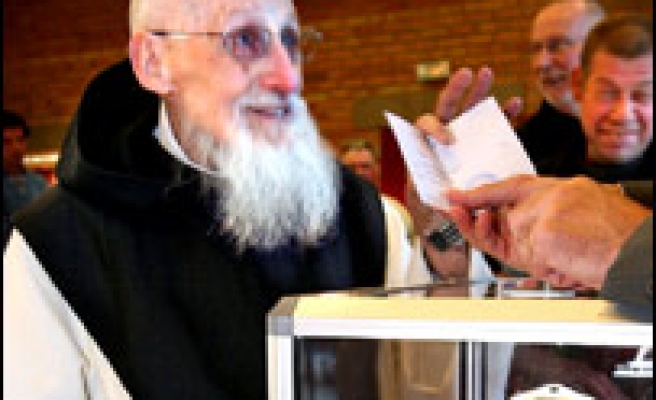 French citizens living abroad have already been to the polls, in a bid to make sure all votes count. Of the main candidates, the right-wing Nicolas Sarkozy has promised a "rupture" with the past and real economic reform.

Socialist Segolene Royal, hoping to become France's first female president, has pledged a fairer society, while the centrist Francois Bayrou has said he would bring together left and right in a government of national unity.

The 78-year-old far-right leader, Jean-Marie Le Pen, has seen many of his ideas on patriotism and immigration filter into the mainstream campaigns.

He has confidently predicted he will enter the second round run-off again, as he did in the last presidential elections in 2002.

The French have been looking ahead to the election in a mood of mingled fear and hope, says the BBC's Caroline Wyatt in Paris.


Many believe that France needs urgent change under a new leader after 12 years of gentle economic decline under President Jacques Chirac, she says.

This time, there are more than one million newly registered voters, the biggest increase in 25 years.

Many of them are young people or French citizens living abroad, whose voting intentions are hard to gauge.

Some 1.5 million voters will use electronic voting machines for the first time, criticised by the socialists and some other opposition parties as dangerously unreliable.

People in the tiny island territory of Saint Pierre and Miquelon off Canada's Atlantic coast were first to vote, followed by French citizens in other overseas territories and expatriates in the Americas.

This was a result of a rule change to prevent voters in the Americas hearing early results from France before they had a chance to cast their ballots.

"Today, I have the feeling that my vote will serve for something in the final results," said Monique Lesmon in Martinique.

Whoever wins, says the BBC's diplomatic correspondent Jonathan Marcus, it will mark a change of political generation and perhaps a shift in French international priorities, making this election matter even to those outside France.