The first direct talks between Morocco and the Polisario Front in seven years have failed to make headway, after both sides stuck to their proposals regarding the future of the Western Sahara region. 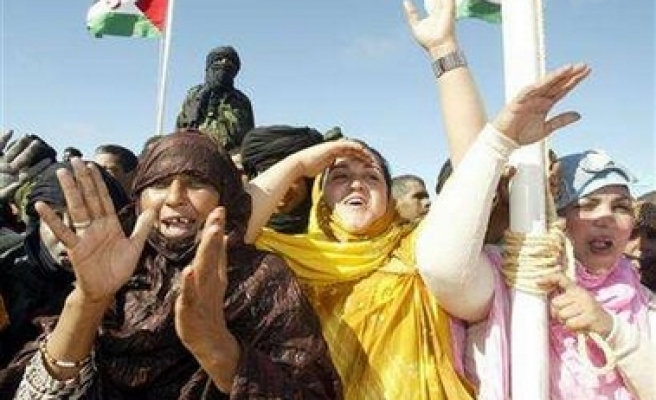 The first direct talks between Morocco and the Polisario Front in seven years have failed to make headway, after both sides stuck to their proposals regarding the future of the Western Sahara region.

The Polisario rebels insisted on a referendum to determine autonomy or independence while Morocco continued pushing for limited autonomy.

The two sides, however, agreed to resume discussions in August to end the 32-year dispute over the former Spanish colony, the UN said on Tuesday.

The parties had agreed to meet after the UN Security Council's intervention but the two-day talks in New York merely extended the existing stalemate.

Representatives of neighbouring Algeria and Mauritania were also present at the talks.

Morocco annexed the phosphate-rich northwest African territory after its Spanish colonisers left the territory in 1975, settling it with about 300,000 Moroccans in 1975.

Full-scale war broke out, and Morocco took over the whole territory after Mauritania pulled out in 1979.

The ensuing guerrilla war ended after a UN-brokered ceasefire in 1991.

James Baker, the former US secretary of state, tried for years to broker a settlement on behalf of the UN but finally gave up in 2004.

In April, the Polisario proposed a referendum offering the region's Saharawi people a choice of autonomy or independence from Morocco, and offered to share the administration of Western Sahara's resources with Morocco if it becomes an independent state.

But Morocco, wishing to retain sovereignty over the territory, presented an autonomy plan permitting the election of a parliament and creation of a regional government.

In its opening statement at this week's meeting, the Polisario restated its April proposal and reminded Morocco that it had accepted a referendum with independence as an option in 1991 and again in 1997.

The Polisario, backed by neighbouring Algeria, said it "would like to extend the sincere hand of peace, a just peace in keeping with international legality, yet a peace that is also advantageous to all, to the Saharawi people, to Morocco and the Maghreb region".

The Polisario said the failure of the Baker negotiations in 1997 "should not be the destiny reserved or planned for this new process".

The group said only the Saharawi people can decide the future of Western Sahara "in a just and valid way".

It added: "If the Saharawi people want to be an independent nation, this is their right. If they want to be an integral part of Morocco that is also their right, and in both cases we, as parties, are under the obligation to respect this decision." Last Mod: 20 Haziran 2007, 09:59
Add Comment