US judges ruled that an alleged Al Qaeda suspect could not be held without charge on US soil on Monday. This means a new legal setback for US government’s so-called “war on terror.” 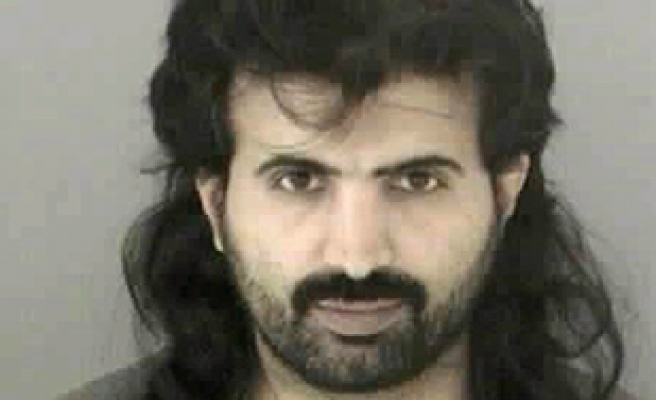 US judges ruled that an alleged Al Qaeda suspect could not be held without charge on US soil on Monday. This means a new legal setback for US government’s so-called “war on terror.”

The federal appeals court in the Virginia state capital Richmond, one of the country’s most conservative courts, ordered the release from military detention of Qatari national Ali Saleh Kahlah Al Marri, 41.

Marri does not have to be set free, the three-judge panel ruled in a split two-one decision. He can be tried on criminal charges in a civilian court, or be deported.

“For in the United States, the military cannot seize and imprison civilians — let alone imprison them indefinitely.”

In a statement, the Justice Department said it was ”disappointed” at the ruling and said it would ask the Richmond court’s full appeals panel of 13 judges to reconsider.

White House spokesman Scott Stanzel said that President George W. Bush “has made clear that he intends to use all available tools at our disposal to protect Americans from further Al Qaeda attacks, including the capture and detention of Al Qaeda agents who enter the US.

“Accordingly the administration intends to seek further review of today’s decision,” he said.

Marri arrived in the United States on September 10, 2001 -- the day before the airborne attacks on New York and Washington — along with his wife and five children.

He had a visa to study in Peoria, in the midwestern state of Illinois, where he had already studied.

Marri was arrested three months later under suspicion of credit-card fraud. But in June 2003, Bush declared him an “enemy combatant” and ordered his transfer to a military prison in South Carolina.

It was the latest reversal on the legal front of Bush’s “war on terror,” after military judges at the Guantanamo Bay naval detention camp in Cuba dismissed all charges in two high-profile cases.

“This is a huge victory,” said Jonathan Hafetz, litigation director of the Brennan Center’s Liberty and National Security Project and the lead counsel for Marri.

“The court soundly and rightly rejected the administration’s attempt to treat the globe as a battlefield that is exempt from rule of law,” he said.

On June 4, the military judges at Guantanamo separately dismissed charges against Omar Ahmed Khadr, from Canada, and Salim Ahmed Hamdan, a Yemeni who says he was bin Laden’s driver.

The judges said they lacked jurisdiction because the detainees had not been classified as “unlawful enemy combatants.”

Marri’s brother was arrested in Pakistan and is also being held at Guantanamo. But Marri is the only “enemy combatant” still in detention without charge in the United States itself.

Two other “war on terror” detainees were also held on US soil. One, Yasser Hamdi, was returned to his native Saudi Arabia after the Supreme Court in 2004 ordered the government to present him before a judge.