On the eve of the 40th anniversary of Israels occupation of Palestine, Amnesty International called on Israel to end the land-grabbing, blockades and other violations of int'l law carried out under the occupation. 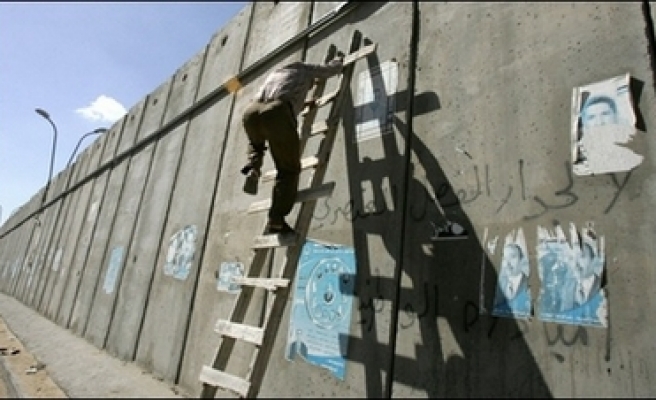 On the eve of the 40th anniversary of Israels occupation of the West Bank and Gaza Strip, Amnesty International called Monday on the Israeli authorities to end the land-grabbing, blockades and other violations of international law carried out under the occupation.

These have resulted in widespread human rights abuses and have also failed to bring security to the Israeli and Palestinian civilian populations, the organization said.

The report documents the relentless expansion of unlawful settlements on occupied land that deprives the Palestinian population of crucial resources and documents a plethora of measures that confine Palestinians to fragmented enclaves and hinder their access to work, health and education facilities.

These measures include a 700km fence/wall, more than 500 checkpoints and blockades, and a complicated system of permits.

"Palestinians living in the West Bank are blocked at every turn. This is not simply an inconvenience, it can be a matter of life or death. It is unacceptable that women in labour, sick children, or victims of accidents on their way to hospital should be forced to take long detours and face delays which can cost them their lives", said Malcolm Smart, Director for Amnesty International's Middle East and North Africa Programme.

"International action is urgently needed to address the widespread human rights abuses being committed under the occupation, and which are fuelling resentment and despair among a predominantly young and increasingly radicalized Palestinian population".

"For forty years, the international community has failed adequately to address the Israeli-Palestinian problem; it cannot, must not, wait another forty years to do so", Smart added.

Amnesty International called for the urgent deployment of an effective international human rights monitoring mechanism to monitor compliance by both parties, Israeli and Palestinian, with their obligations under international law.

This must be backed up with a commitment to investigate and prosecute, through the exercise of universal jurisdiction, those who commit war crimes or other crimes under international law, the group added.

In its report, Amnesty acknowledged Israels legitimate security concerns and the governments obligation to protect the population within its borders, but said this does not justify blatant violations of international law, such as construction of much of the fence/wall inside the West Bank on Palestinian land. Last Mod: 04 Haziran 2007, 18:45
Add Comment