"We will burn Paris if Sarkozy is chosen as President " say the habitants of the slums who were humiliated by Sarkozy during the election campaigns. 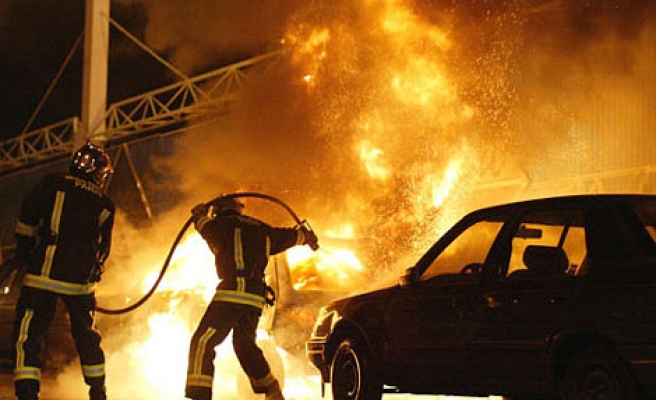 French citizens from some overseas regions have begun voting in the country's presidential election. The first votes were cast in Saint Pierre and Miquelon off eastern Canada - but voting in mainland France will be on Sunday.

Voting got under way on Saturday in the tiny French territory of Saint Pierre and Miquelon, which has 5,000 registered voters in a population of 6,300.

Voting also takes place early in French Guyana and the Caribbean islands of Martinique and Guadeloupe to offset problems of time difference.

On the last day of campaigning on Friday Ms Royal said that electing Mr Sarkozy could spark riots and violence and that he was a "dangerous choice".

"It is my responsibility today to alert people to the risk of [his] candidature with regards to the violence and brutality that would be unleashed in the country," she said.

He said he could not understand why Ms Royal had felt the need to resort to "verbal violence".

"I told Ms Royal that politics should be about respect, openness, tolerance, unity. I feel she's just ending with violence, a certain feverishness. France deserves something else."

As polls showed the Socialists falling ever further behind, Royal issued a series of increasingly dire predictions on Friday, forecasting that widespread violence would erupt if Sarkozy was elected.

"It is my responsibility today to alert people to the risk of (his) candidature with regards to the violence and brutality that would be unleashed in the country [if he won]," she said.

Pressed on whether there would actually be violence, Royal said: "I think so, I think so," referring specifically to France's volatile suburbs hit by widespread rioting in 2005.

"She's not in a good mood this morning. It must be the opinion polls," he told Europe 1 radio.

"She's finishing in violence, in a certain state of feverishness," he later told reporters during a trip to the Alps.

"When I hear her remarks, I wonder why a woman of her qualities carries such violent feelings. It adds nothing to the debate."

Sarkozy topped the first round vote on April 22 with 31.2 per cent of the ballot against 25.9 per cent for Royal.