A U.S.-based web service, which Dutch right-wing lawmaker Geert Wilders planned to use to show his anti-Koran film, said on Saturday that it had inactivated the site due to complaints. 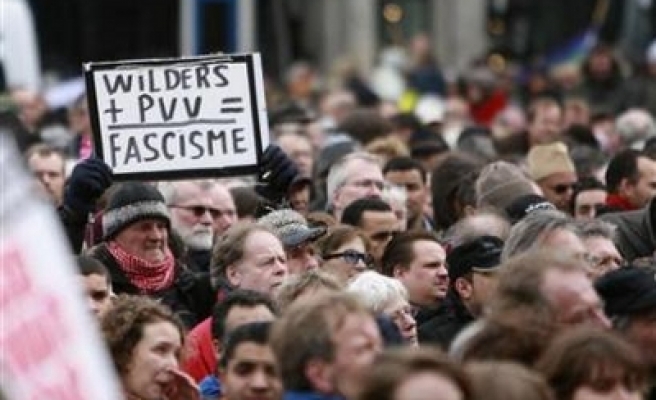 Wilders, who has given few details about his 15-minute film, has said he plans to release 'Fitna' on the Internet before the end of the month after Dutch broadcasters declined to show it. Fitna is a Koranic term sometimes translated as "strife".

But, Wilders still plans to show his film despite the setback, Dutch agency ANP reported.

"If need be, I will personally distribute DVDs in the Dam," ANP quoted him as saying. The Dam is the central square in Amsterdam, popular with both the Dutch and tourists.

Wilders' film has triggered fury in the Muslim world. The Dutch government has distanced itself from Wilders' views, fearing a backlash against the country in the Muslim world, similar to that against Denmark in 2006 after newspapers there published cartoons of the Prophet Mohammad (PBUH).

On Saturday, about a thousand Dutch gathered in the Dam to protest against Wilders and his film.